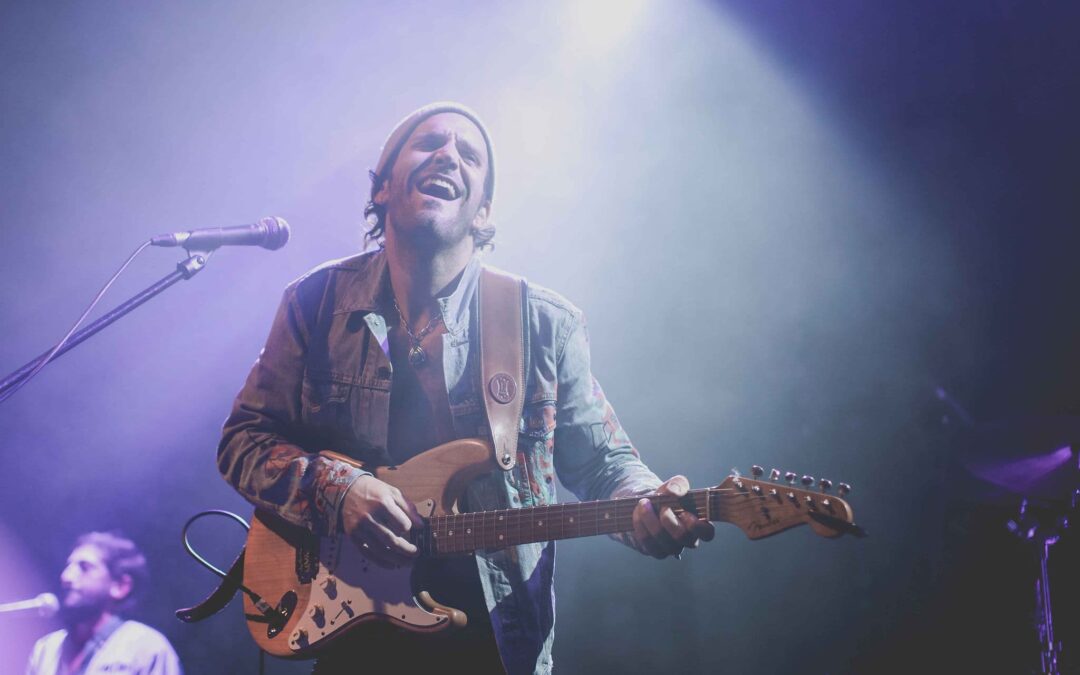 Theo Katzman played a 4-night tour in Ireland this August, culminating in a final show at the Button Factory in Dublin. The last night was as Katzman said, “One of the best 5 shows he’s ever played.” The energy of the crowd was intense and the band played off of it, delivering an epic show. Included were three new songs from his upcoming album, that he nicely asked the audience to not record on their phones and instead to just “be in the moment”.  Surprisingly, they listened.

One of the best parts about flying to another country and seeing a show is that I got to meet a whole new group of fans. For a lot of them, it was the first time they’d been able to catch one of his shows, as he is a US-based artist and doesn’t do many shows abroad. I loved that they were so excited to finally see him live and I think that’s one of the reasons that the energy was so high. People flew in from all over to see the show, as Ireland is pretty accessible from mainland Europe and the UK.

I met a couple from the UK who were teachers on summer break and decided to have one last quick holiday before starting back up at school. It was their first time seeing him live. I met a fellow photographer that was trying to get more into the live music scene and I talked with her about how Theo was actually the one that gave me a chance when I was quite new at concert photography and let me shoot his shows to build my portfolio. We now follow each other on Instagram and I told her to reach out if I can be of any help. I met a guy that flew in from San Francisco and brought his Irish relatives to the show since they had never seen him before. Another guy just wanted to buy Theo a beer because he was so moved by the show. It was a wonderful experience meeting all these new people with the same shared love of Theo’s music and being able to connect with them.

Theo’s fans are their own community. I think the message of love and understanding that runs through Katzman’s music fosters a sense of love and respect among his fans as well. We all feel the love, all the time, all around us. Going to his shows feels like going home. You get to see all of your friends and make a bunch of new ones. I leave every show with a new group of wonderful people that I can’t wait to see again. 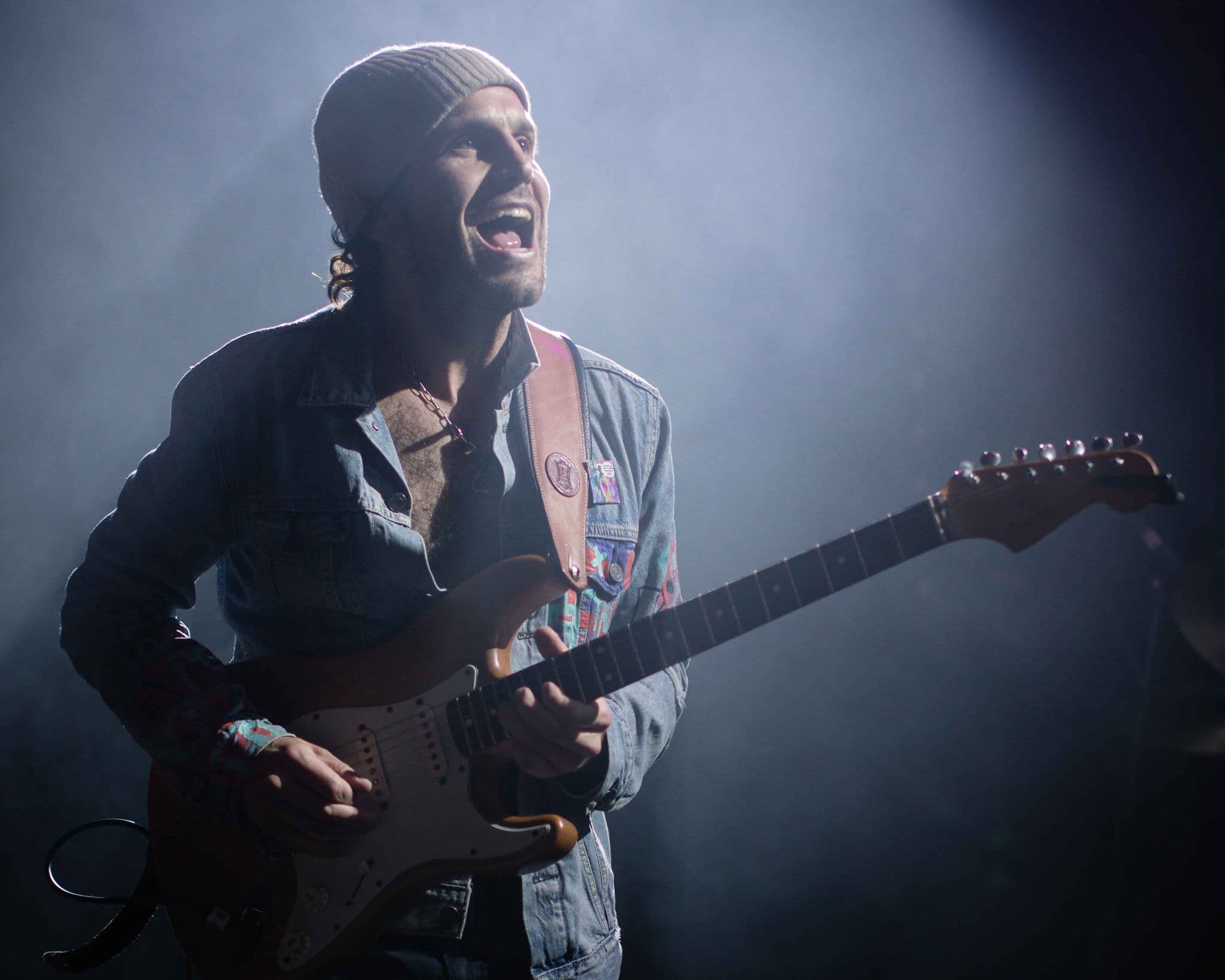 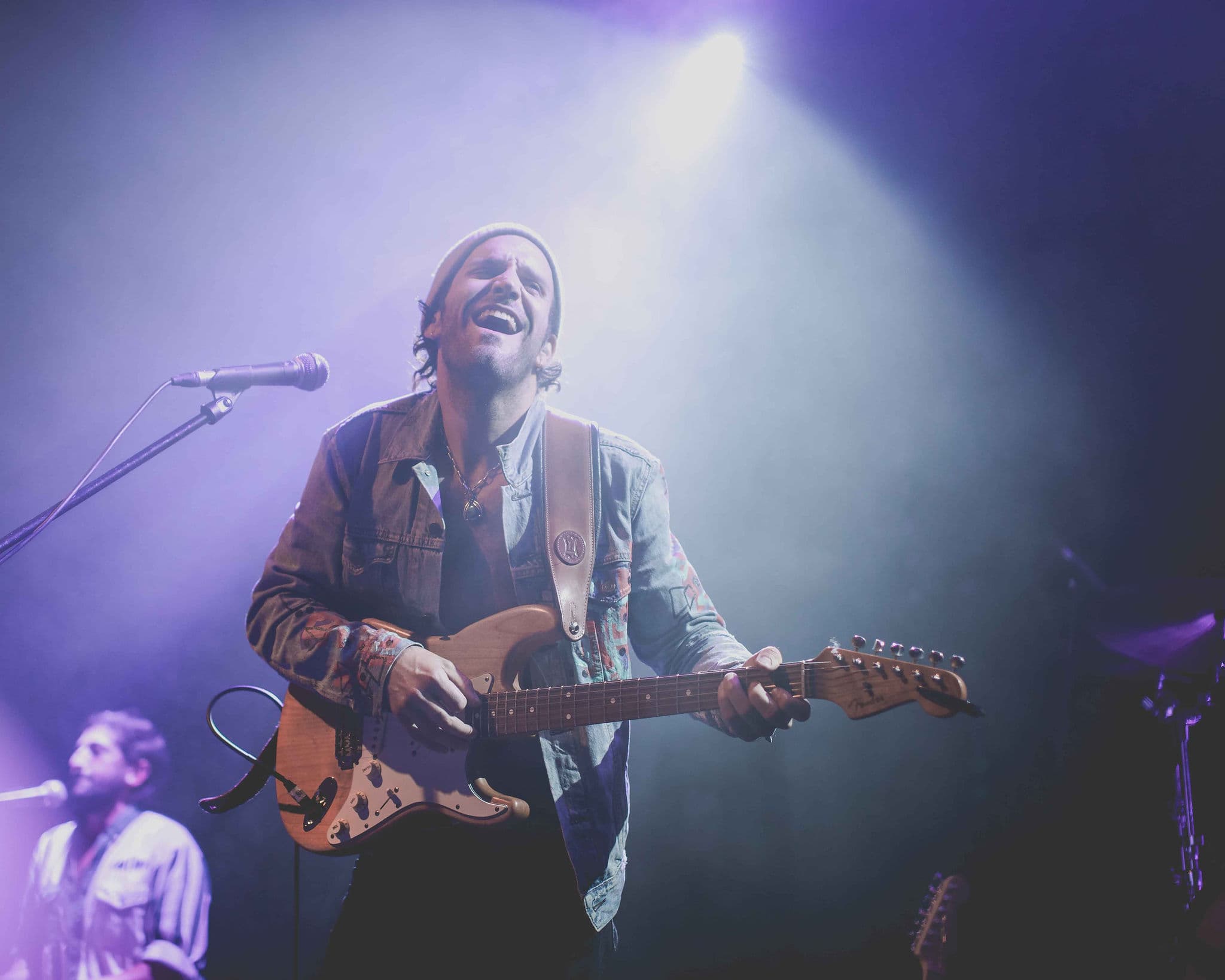 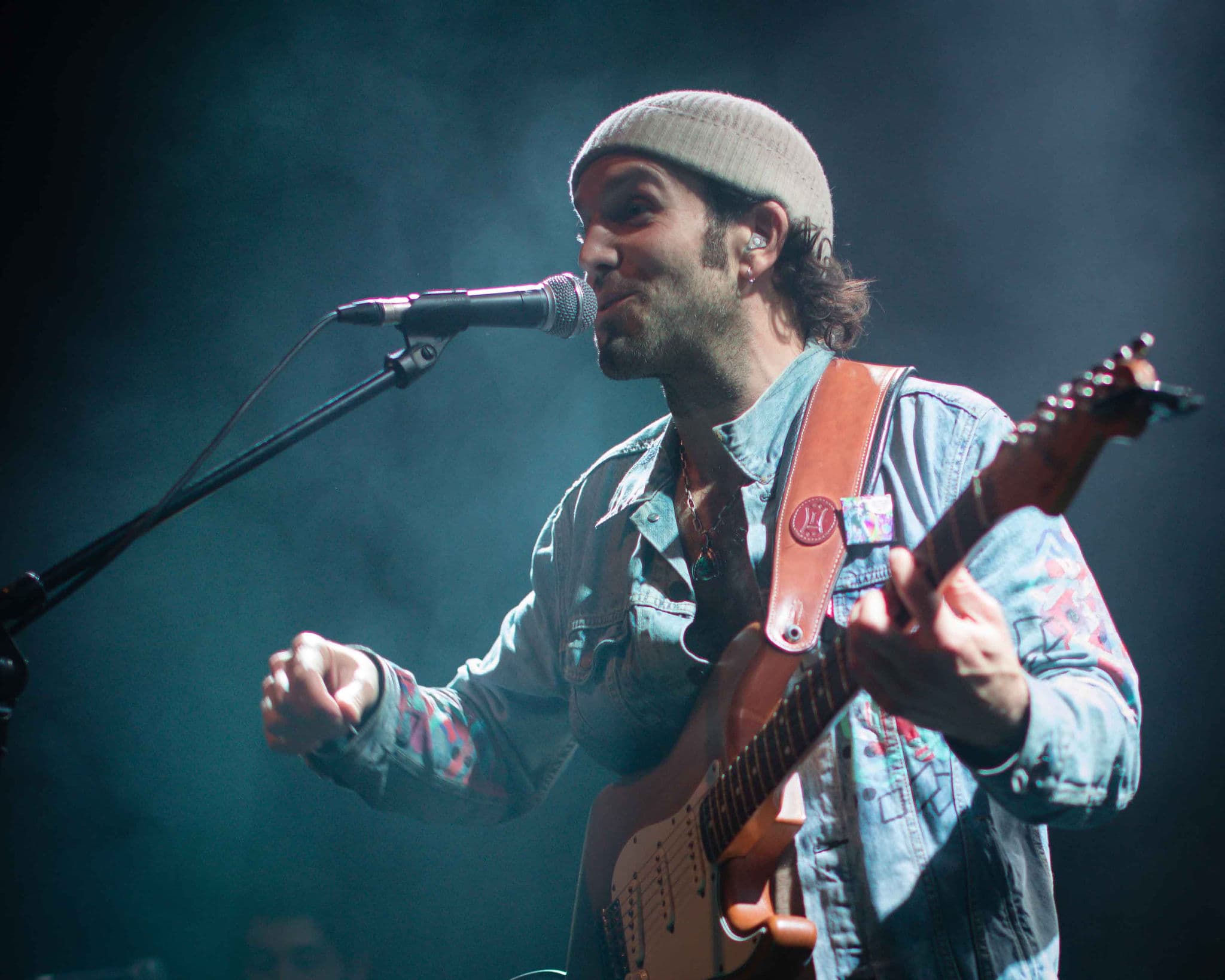 The show itself was phenomenal. Local Irish artist Conall Mulvenna not only opened for Katzman but played guitar during Theo’s set as well. On keys was fellow solo artist, Jacob Jefferies.  Jordan Rose, who has played with Theo before as well as NY-based artist Caleb Hawley, was on drums. And of course, fellow Vulfpeck member and long-time friend of Theo’s, Joe Dart, was on bass. 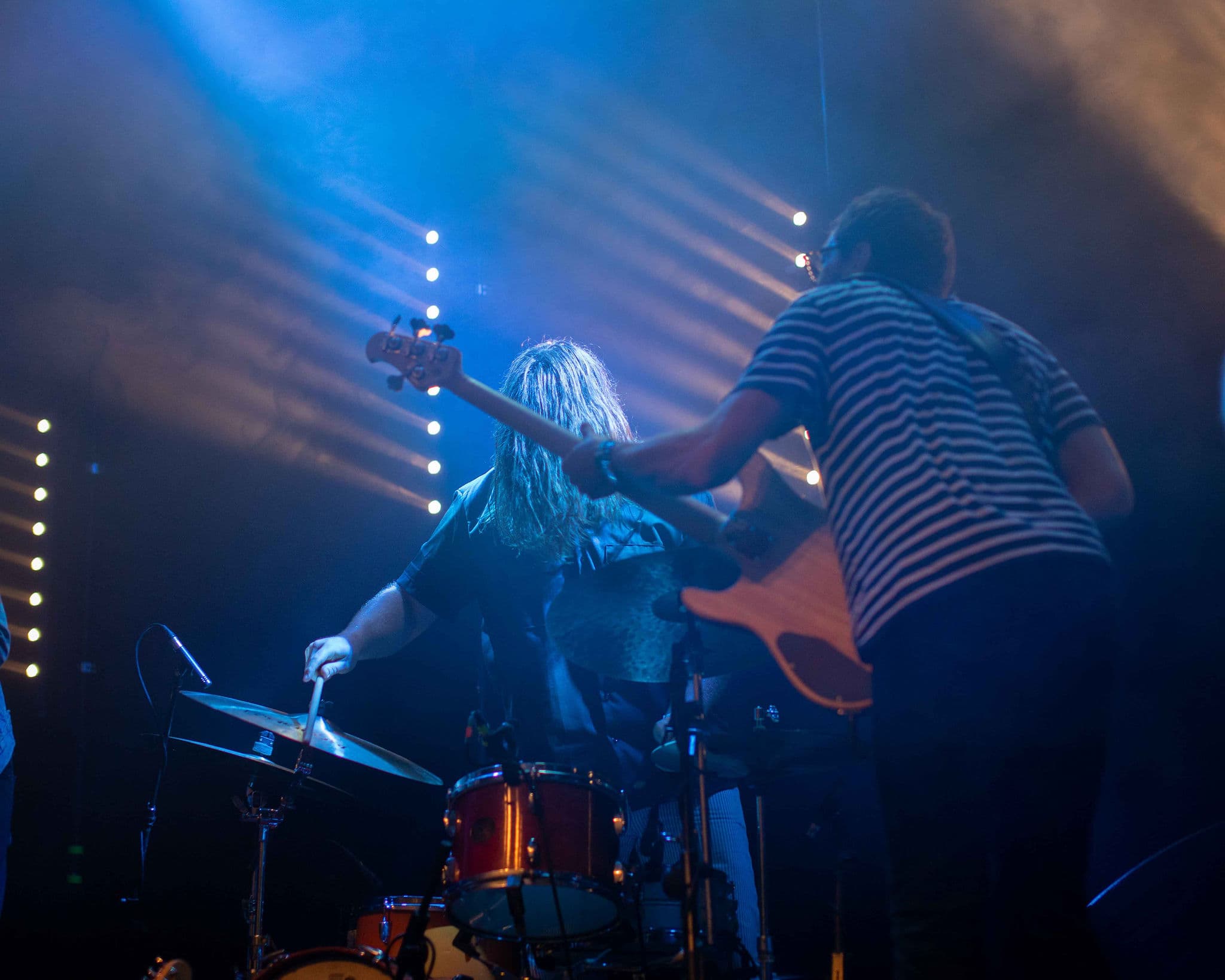 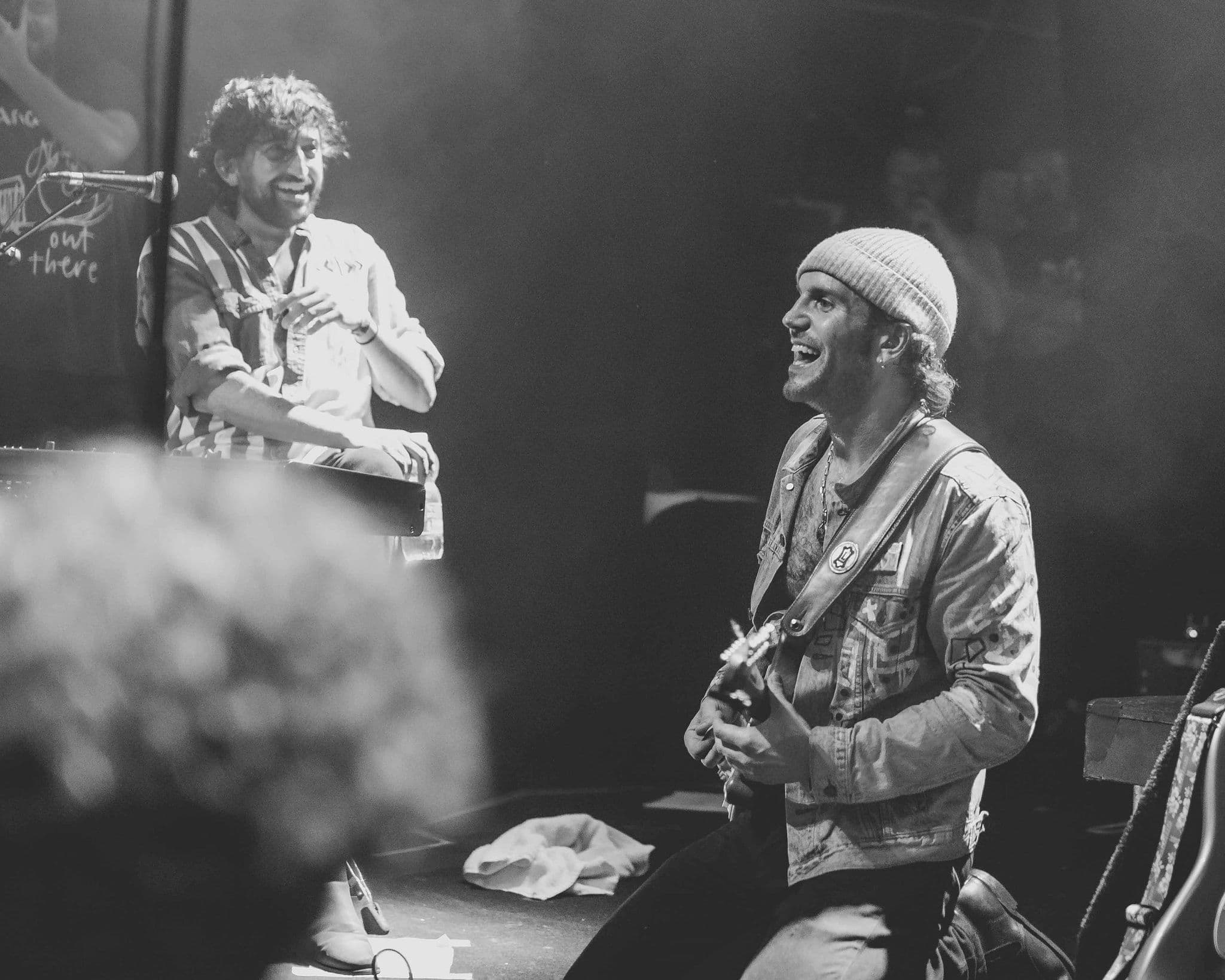 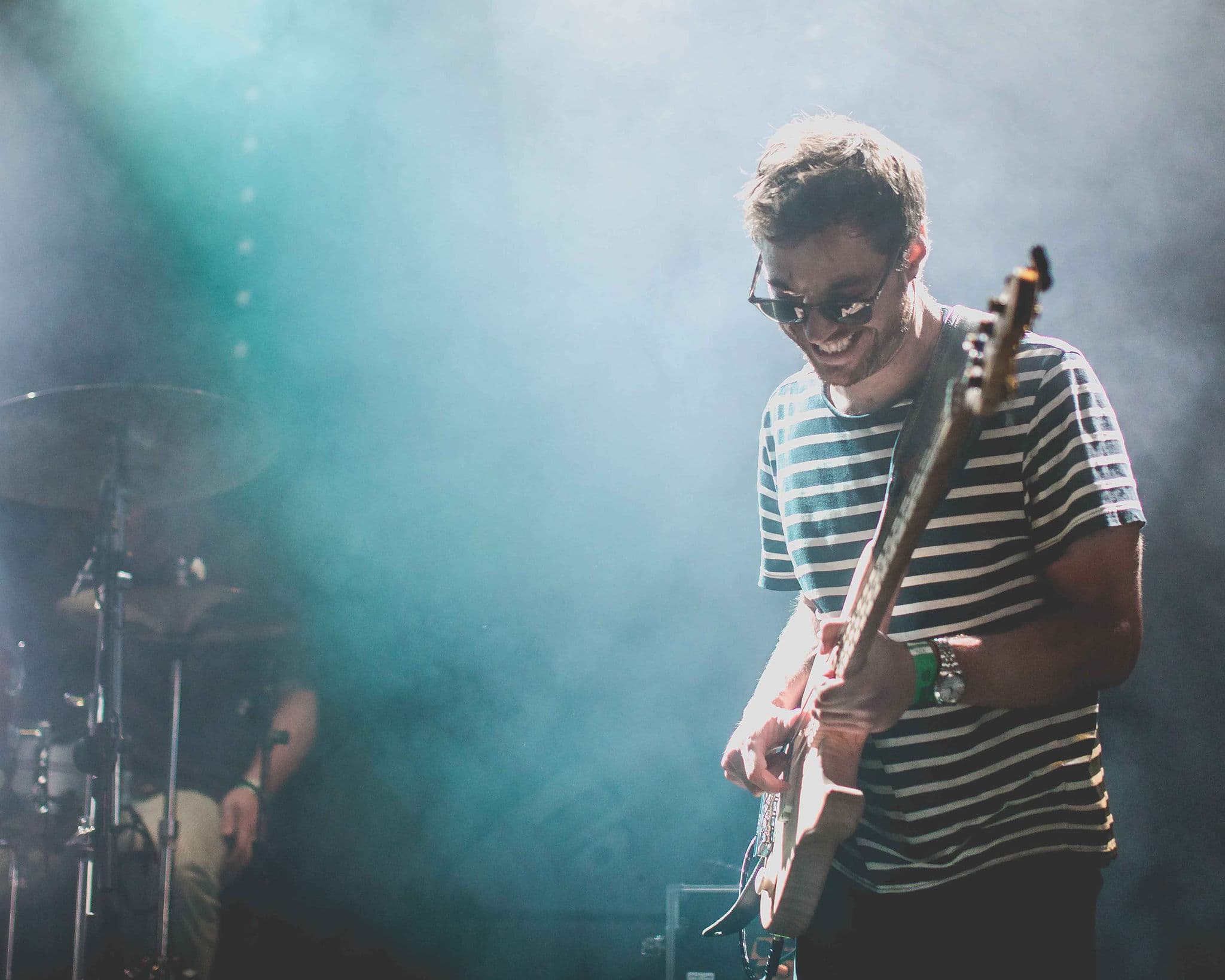 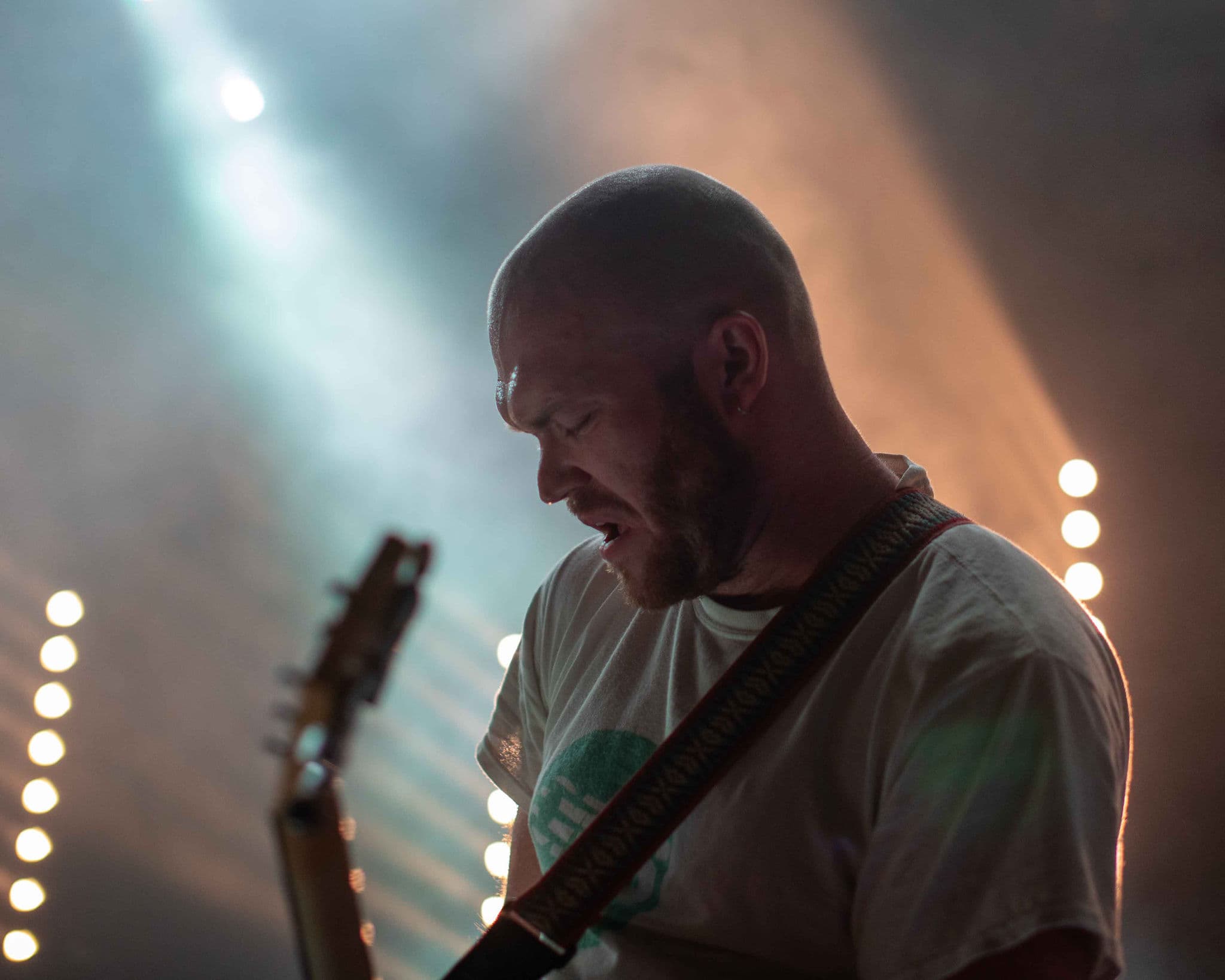 At one point during the show, a fan yelled, “I love you Joe!” to which Theo had a witty comeback about how he loved Joe more because they have spent half their lives touring together. Joe then came over and embraced Theo in a beautiful moment of friendship and love. Okay, we get it… you love Joe more. It was a beautiful moment that came shortly after Theo was talking about how men need to leave space in their relationships to talk about their feelings so that they didn’t keep up the bad track record of leading the stats in “colonization, slavery, genocide, and war”. These messages of love are definitely felt and reflected by the crowd and that is part of the secret sauce of why Katzman’s shows are so special and people fly all over the globe just to experience them. 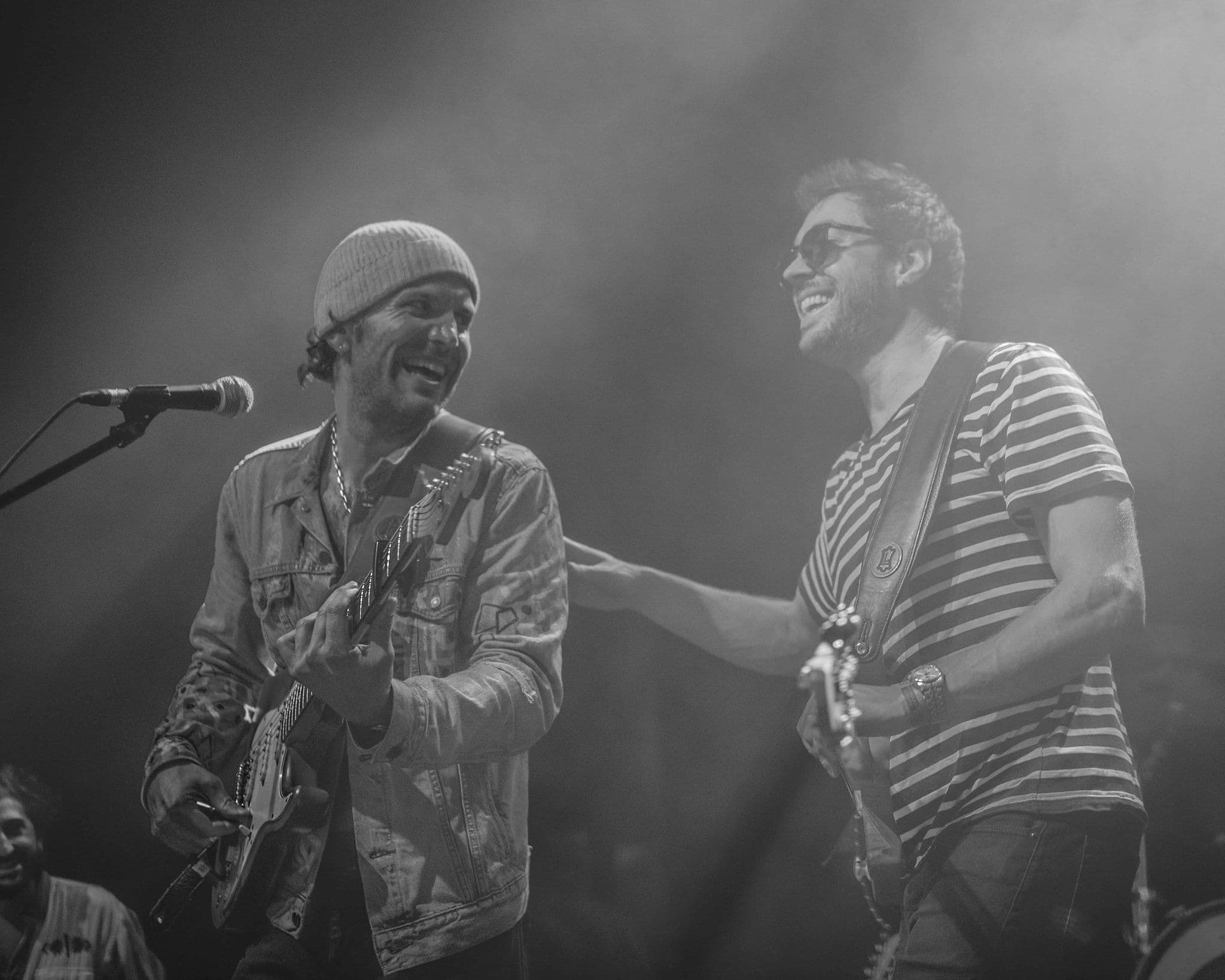 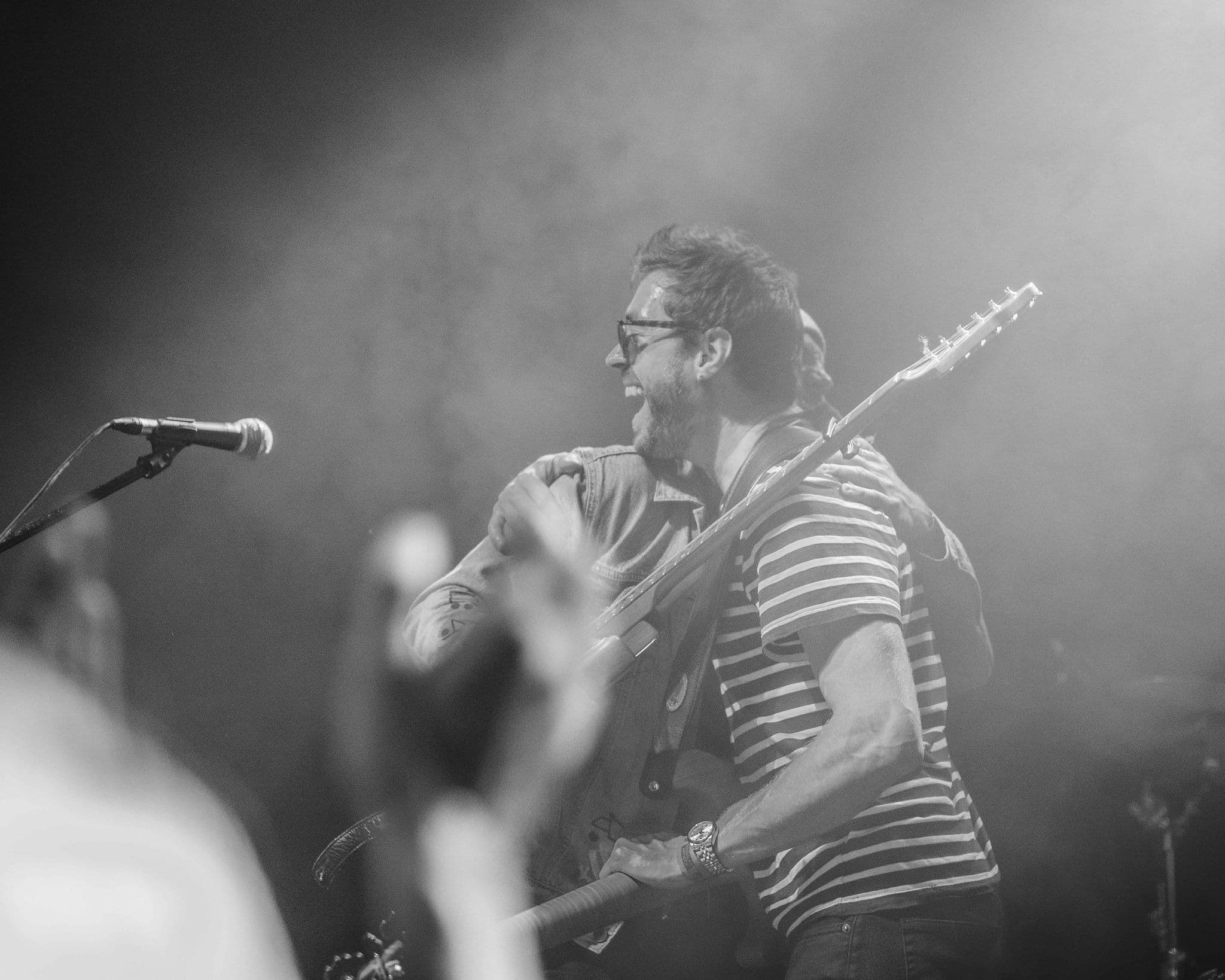 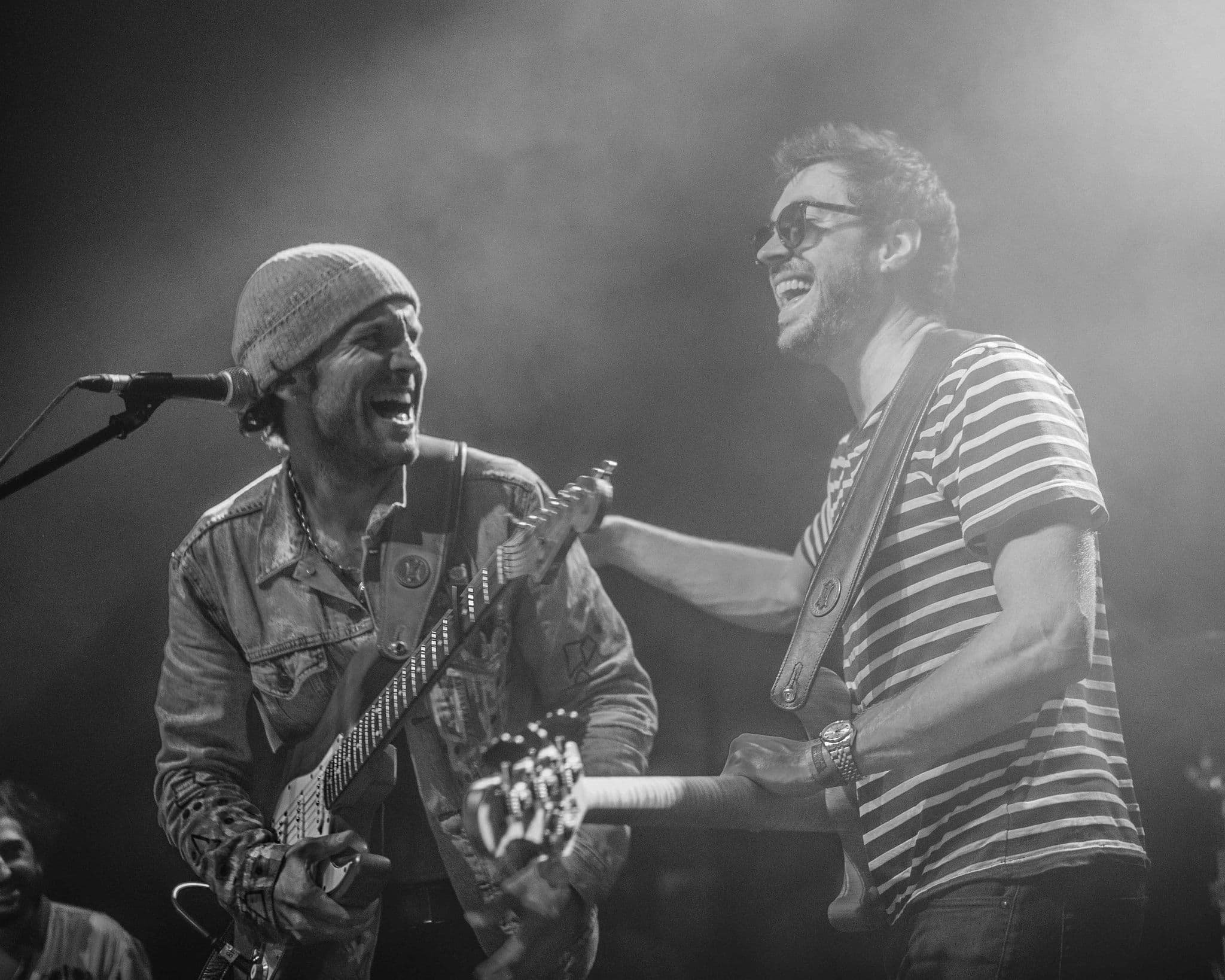 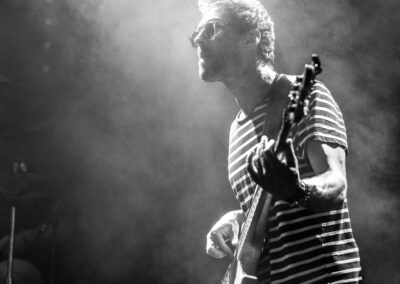 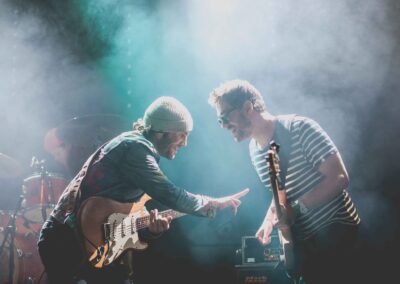 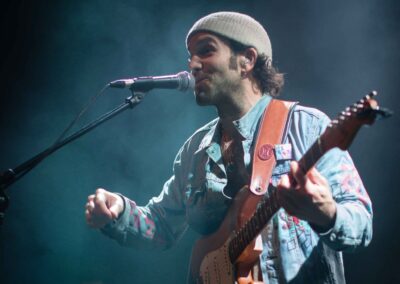 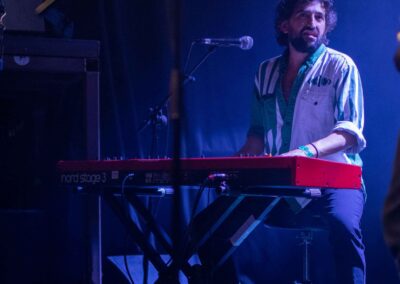 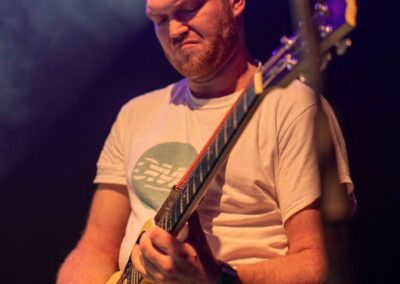 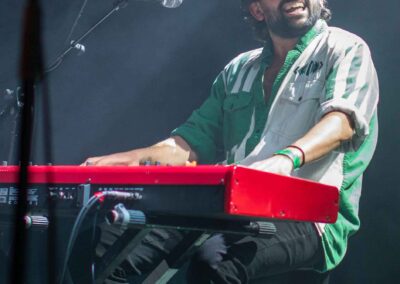 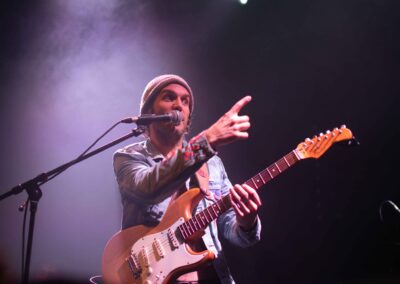 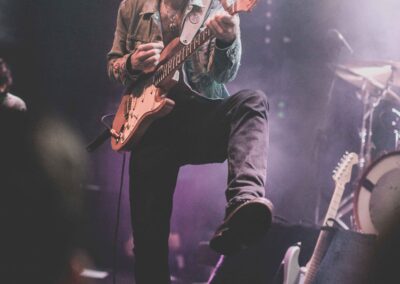 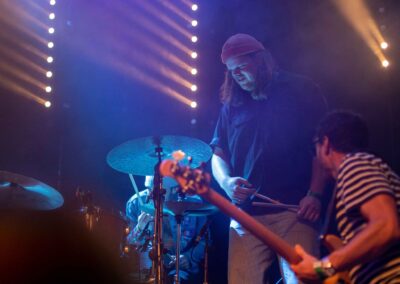 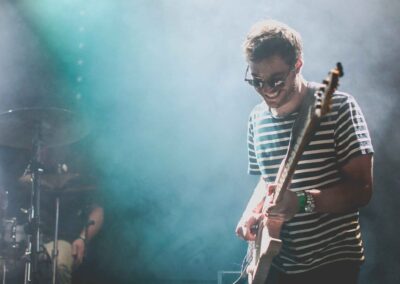 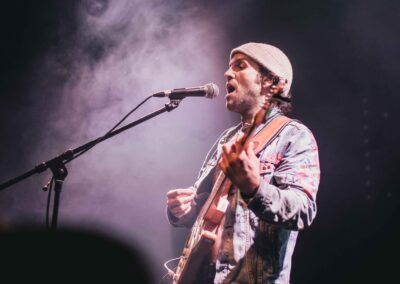 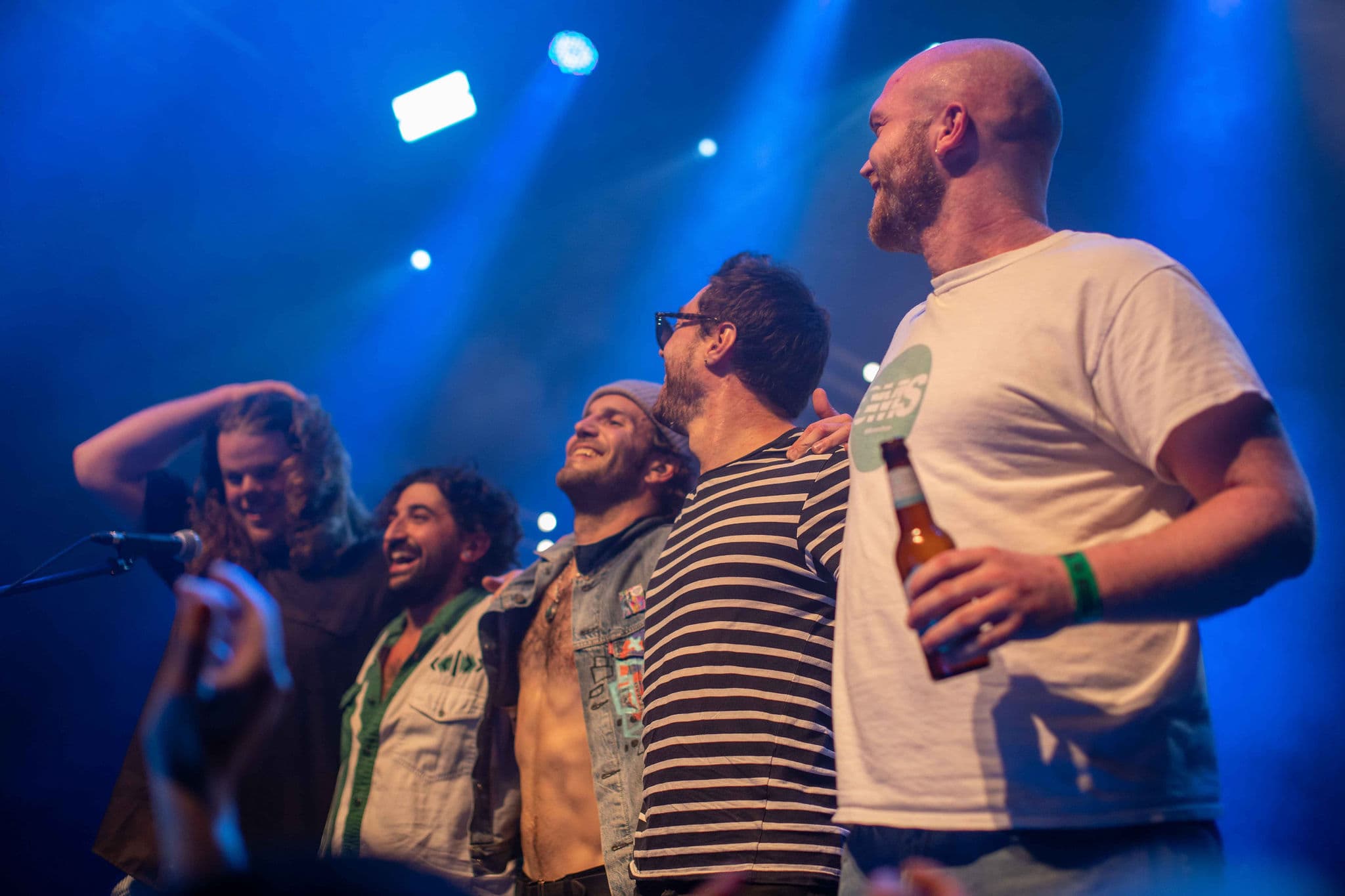