Canadian Road Trip- Along the Way 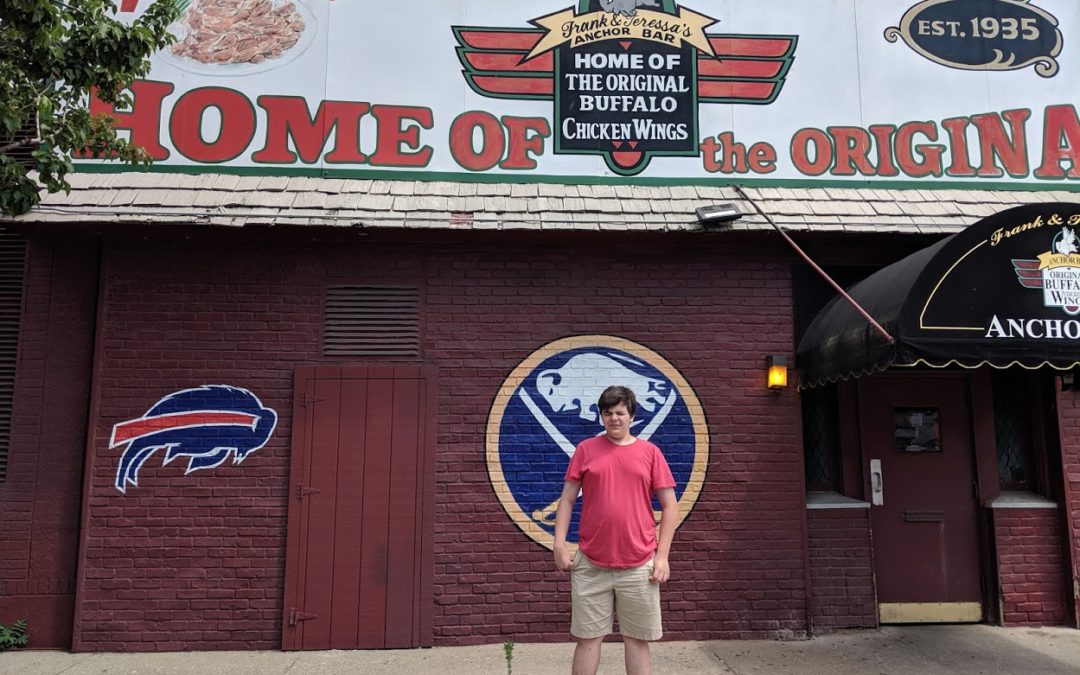 Whenever you do a cross country road trip there are things in between stops that aren’t encompassed in the cities themselves. Those are sometimes the most fun. I have to say though, in Canada, there’s not a whole lot in between and when you do find something, it’s either a Tim Horton’s or a Couche-Tard, which is a convienence store. So make sure you go to the bathroom and get snacks before you set off.
There were some places of note along the way though. For example, in between Montreal and Ottawa is a drive through safari park like the one Great Adventure used to have. It’s called Parc Omega. This one lets you feed the animals from your vehicle though! You can buy a bag of carrots at the visitor center and drive through the park feeding deer, warthogs and some very aggressive elk looking things.

Halfway through the park there’s another visitor’s center where you can walk up to deer and feed them out of your hand. Or pet them like Dillon did. You have to be careful though because the big guys along your route will stick their heads right in your car and not leave. Also, they will spit at you as Dillon found out. (see grossed out photo below) 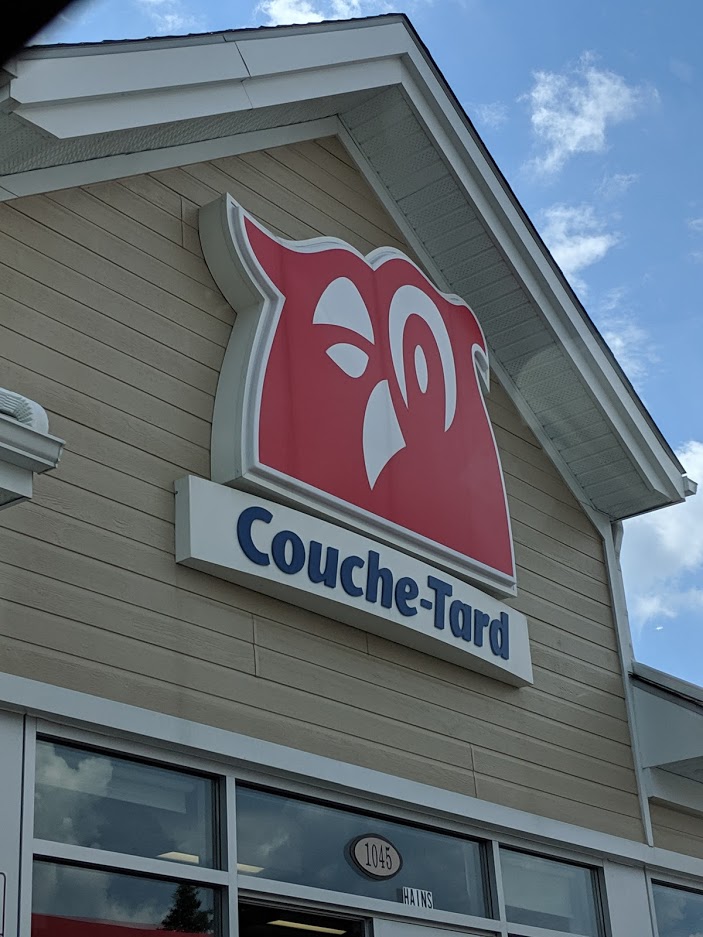 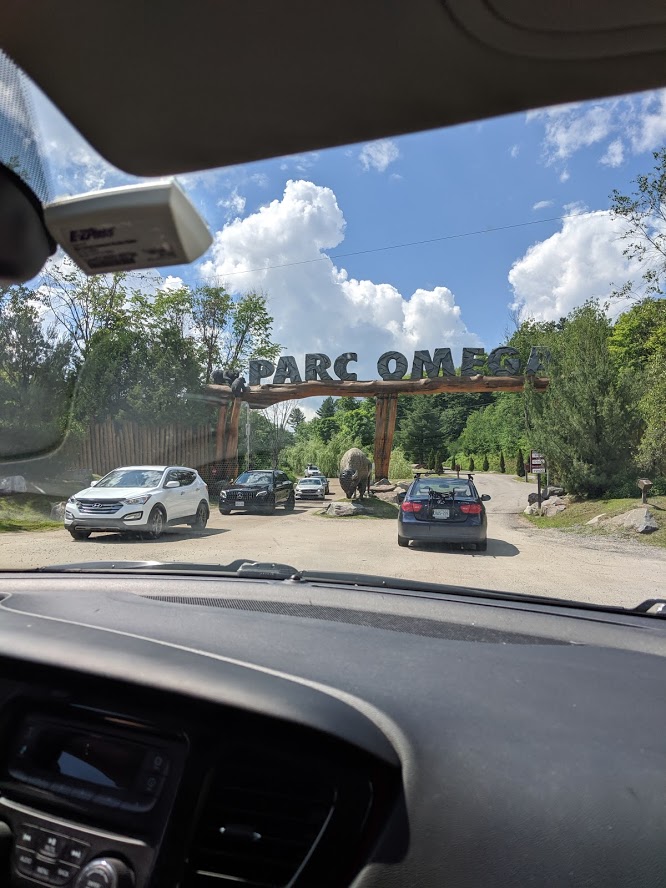 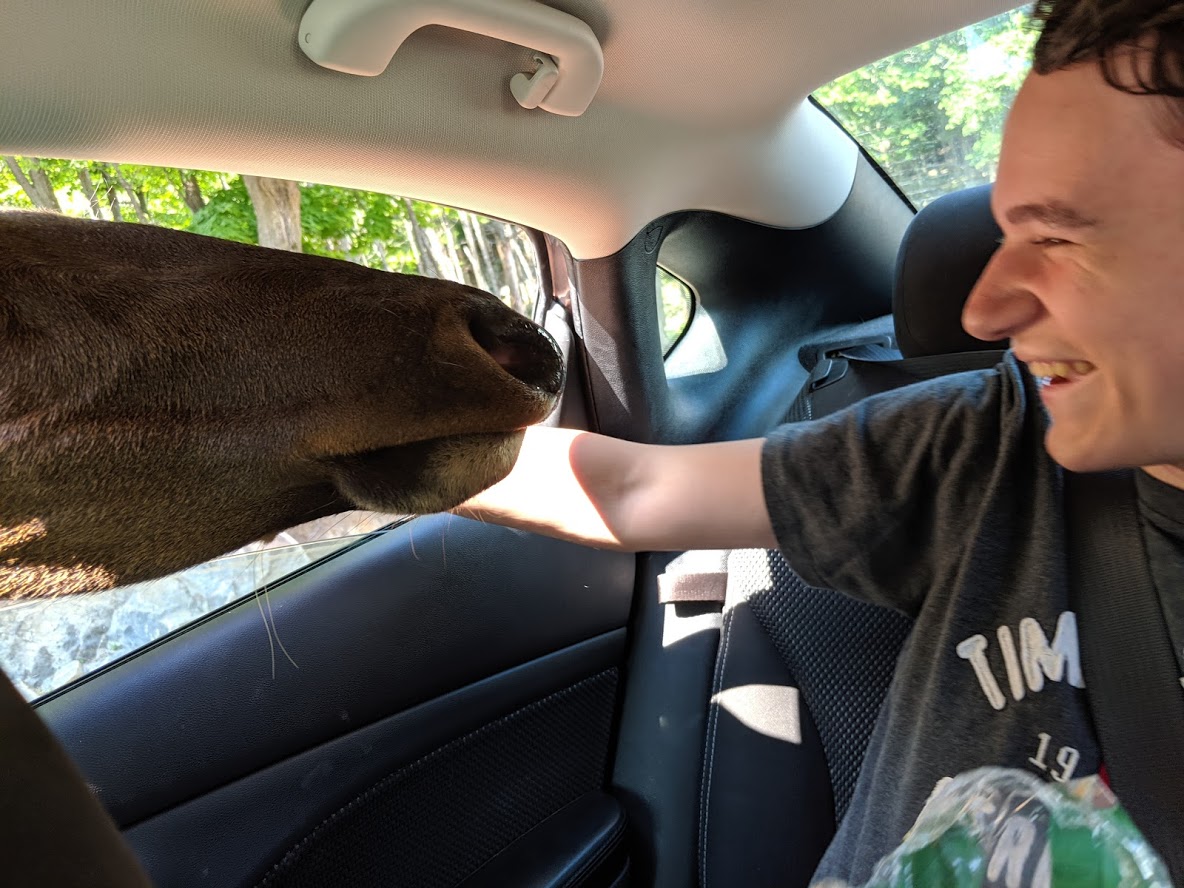 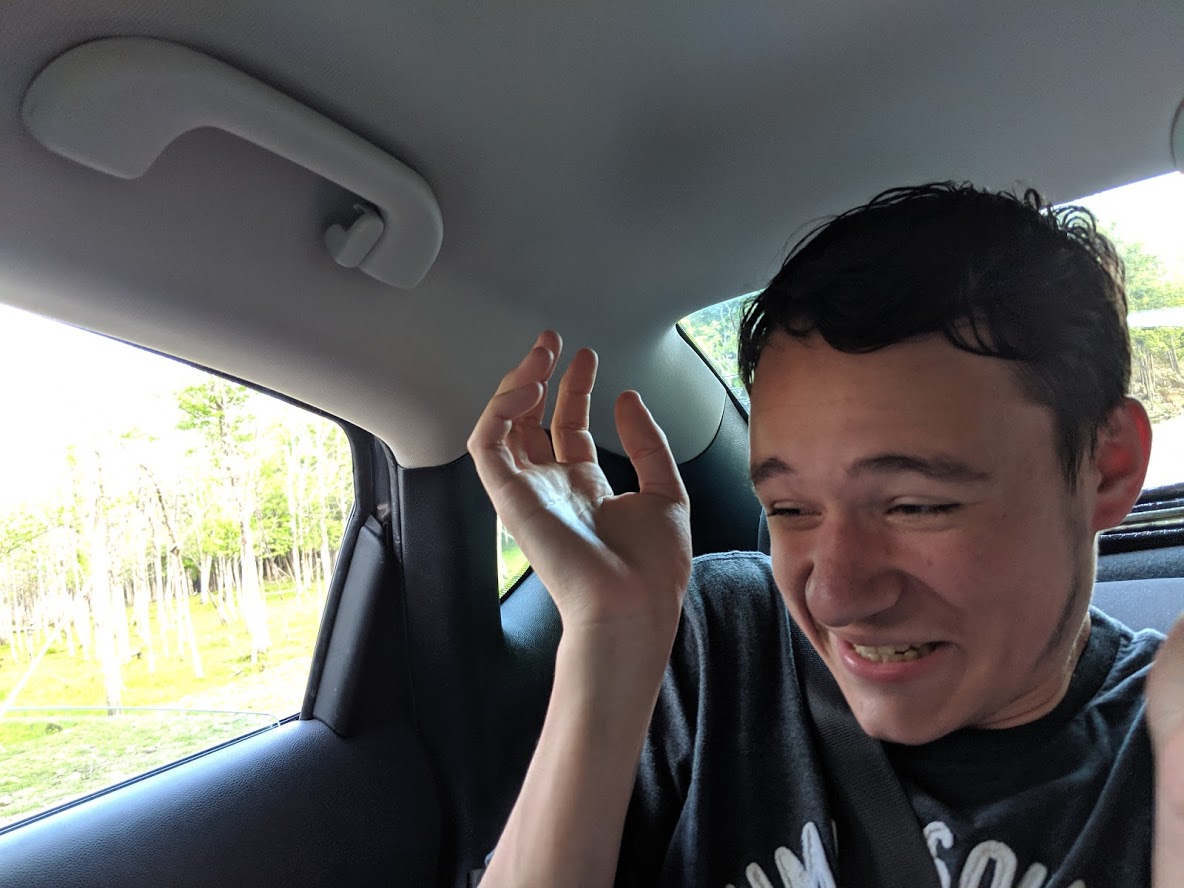 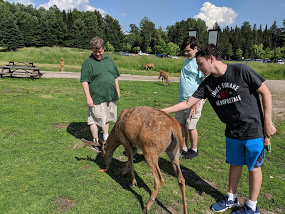 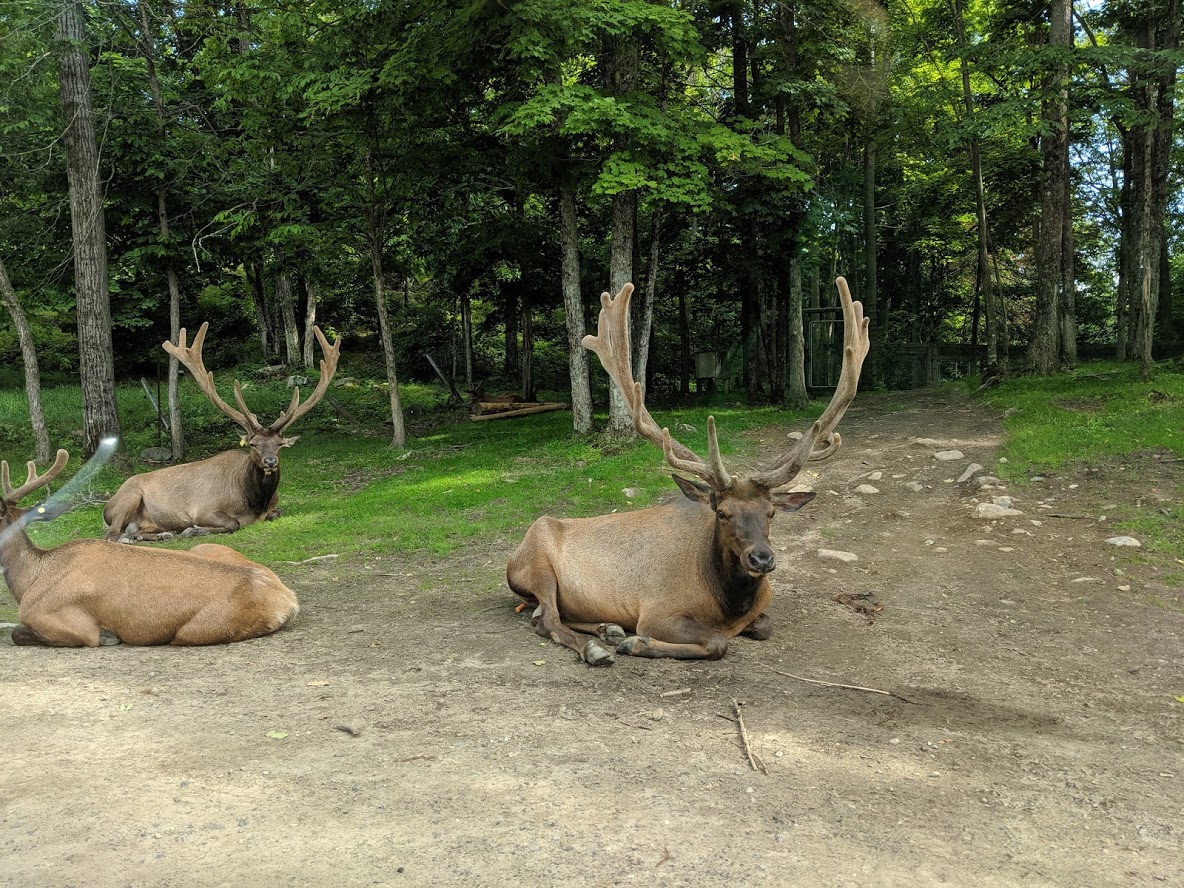 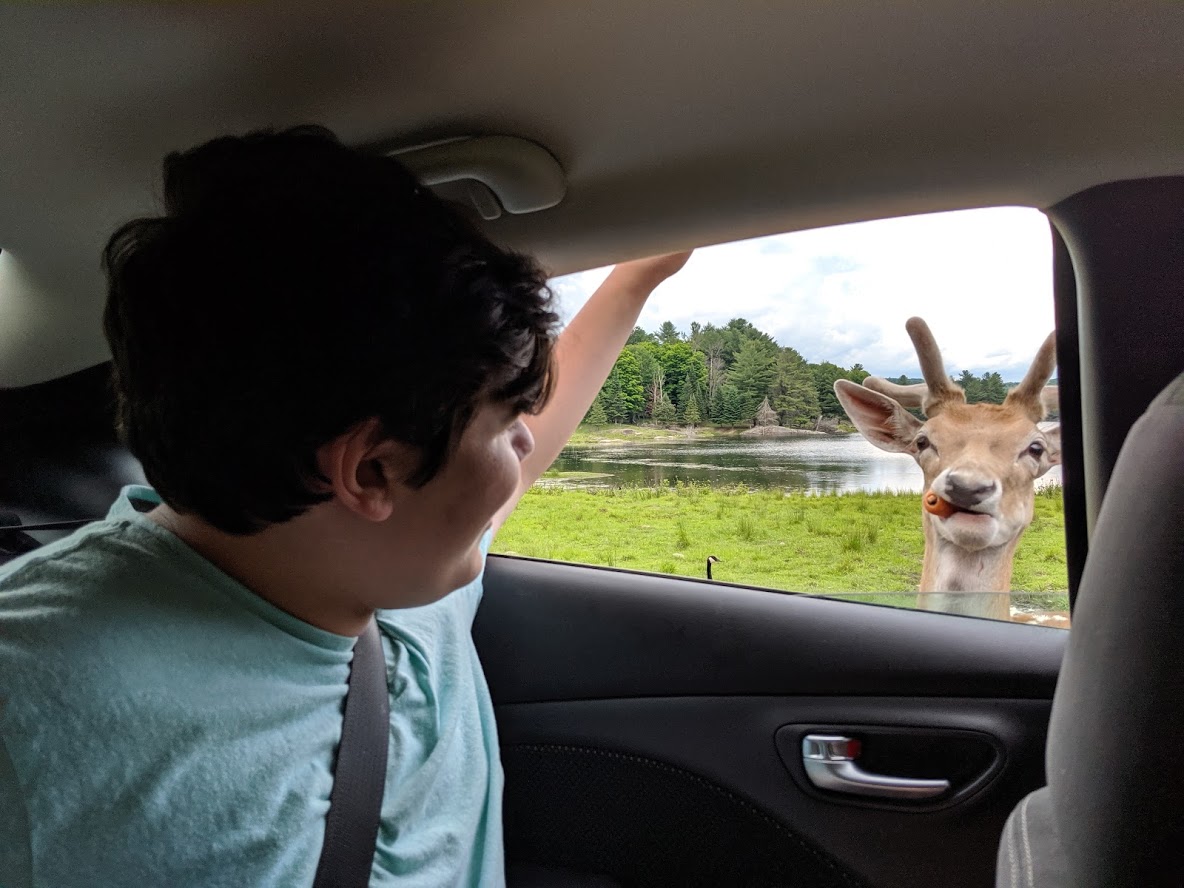 There’s not much between Ottawa and Toronto either. We did find a place called Reid’s Dairy that has the best ice cream we’ve ever had. Too bad it’s in the middle of nowhere, Canada. 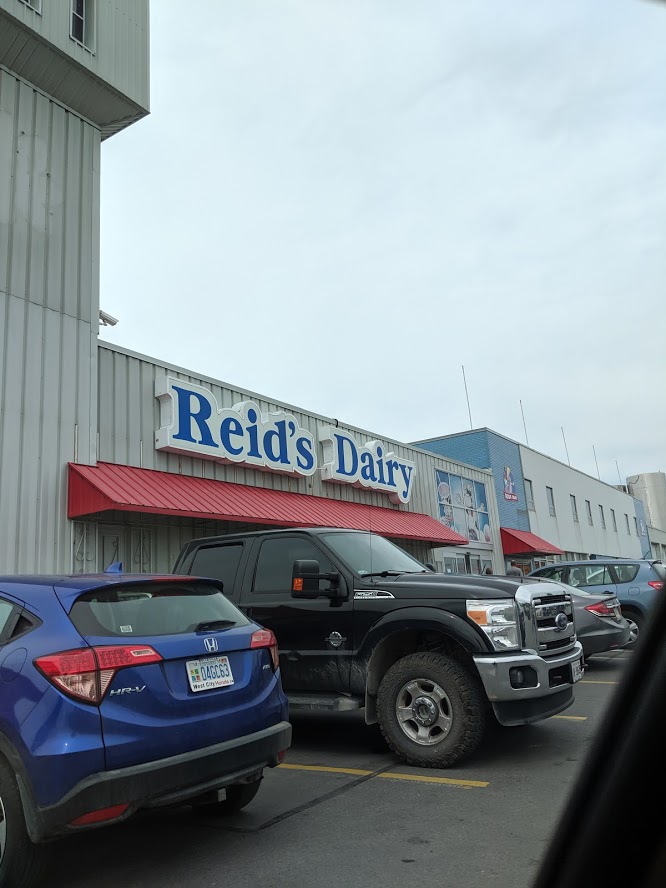 On the way home, we decided to stop in Buffalo, NY for real buffalo style wings. Dillon is a huge fan of spicy wings. The spicier the better. Casey just became a fan of BBQ wings and Scott and I were anxious to try their original buffalo. We stopped at Anchor Bar, which is where buffalo wings were said to have originated. It was a long wait, even at lunch time but the wings were amazing and now we can check that off our bucket list. 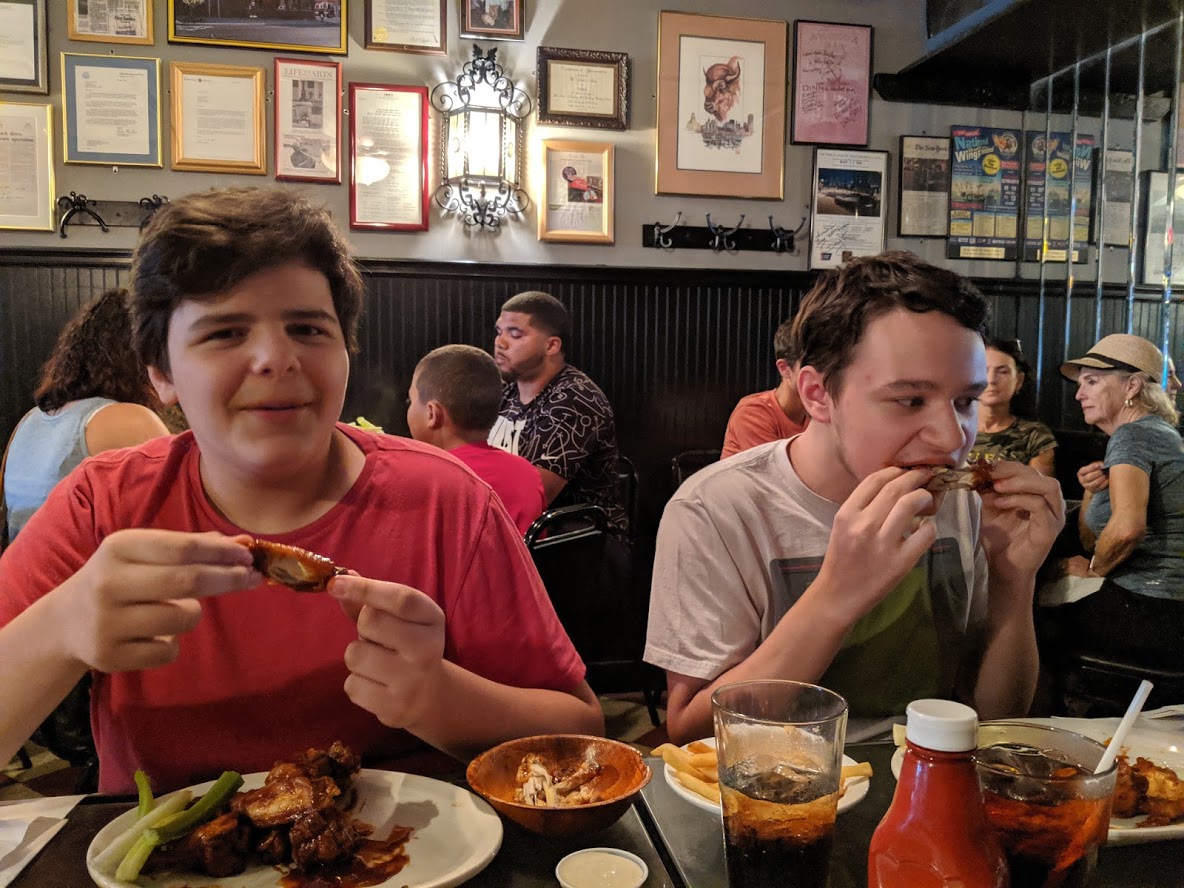 For dinner on our way home, we were passing through Scranton, PA and Casey is a huge fan of The Office. So there is an episode about a pizza place called Afredo’s Pizza Cafe. Well we found it and we ate there. It was not a steaming circle of garbage like the other Alfredo’s. 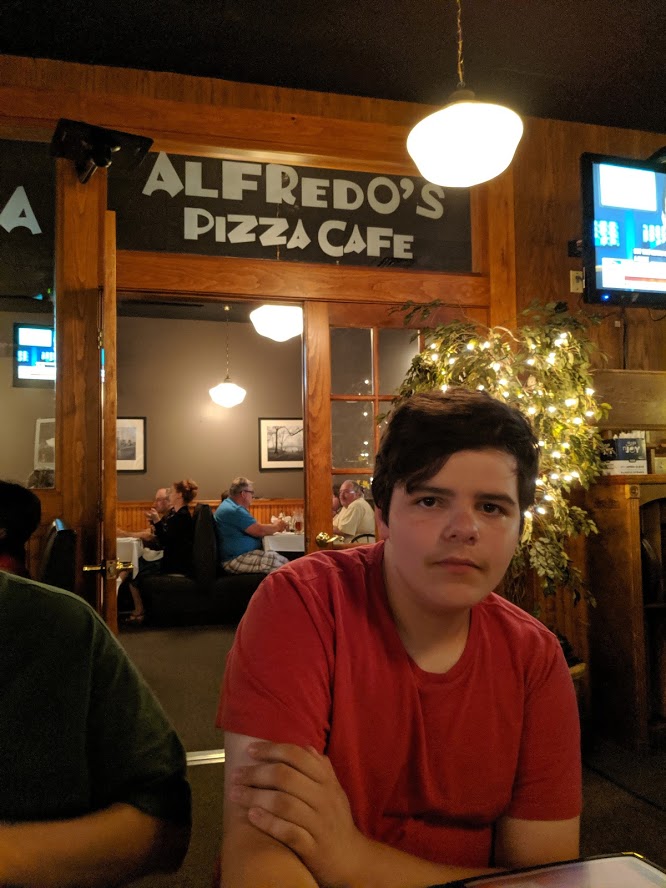