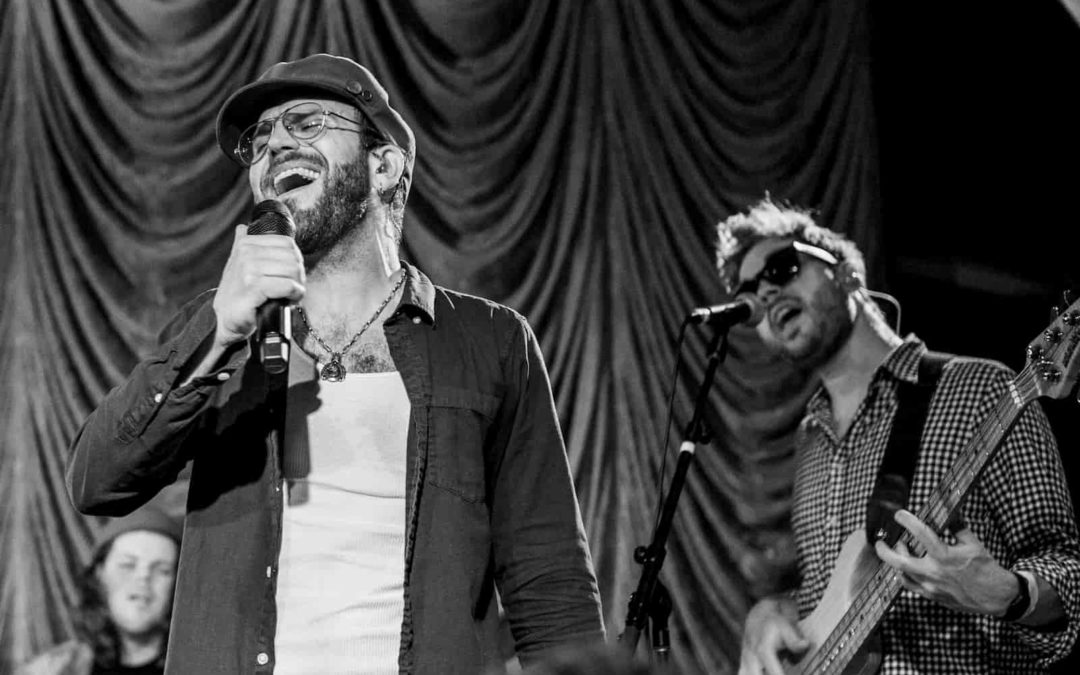 One of the things that photographers do is document life and suddenly, we’ve found ourselves in the midst of a historic worldwide event and I can’t help but want to document it.

So here it goes. I’m starting on Saturday, March 14 but I need to go back about a month or so. This all started around the beginning of the year from what I remember. It started in China and I wasn’t real concerned, as we have had several contagious diseases in the past that the US was not really affected by. We even visited Mexico at the height of Swine Flu. These outbreaks are generally pretty contained to a region.

What we are finding out is that at the very beginning China and others were trying to keep the numbers and information about this virus under wraps.

Still, I personally wasn’t concerned. There were no cases of Corona virus in the US. and none in Europe yet. It seemed like it was mainly staying in China and in the one region of Wuhan.

We went about our daily lives as if nothing was wrong. Even when it started spreading to South Korea and then to Italy. It was mostly people traveling from China that were spreading it and the US closed all travel from China into our country.

Then cases started popping up in the US. Seattle, Chicago, Boston. Places with international airports where travelers had visited other countries and came back infected. My son attends college up in MA and we told him to be safe, but what did that really mean?

In fact, the third week of February, we went as a family to go see Dillon at school in MA. We took a train into Boston and went to the Theo Katzman concert right in Downtown Boston, with very little concern for our safety. Those that were sick in Boston were under quarantine. The train in and out was not crowded for a Saturday, but then again, I’m not sure how crowded the regional rail into Boston is normally.

We joked that we had been in Boston and we felt fine after returning. The next weekend, my son attended the PAX East gaming convention in Boston at the Expo Center. He took a train, several buses and Lyfts into the city. Our biggest concern was him being able to properly navigate public transportation.

We later found out that 40% of attendees at another Boston conference that same weekend contracted the disease from a doctor that had been traveling abroad. That was a little scary but my son was fine and had no symptoms.

A week later, March 6, 2020, my son, Dillon, came home by bus, subway and train for spring break. My biggest concern was him navigating the subway system in New York. I did ask if anyone on the bus was wearing a mask or anything like that. They weren’t. He said that he didn’t even see any in Penn Station or the train home.

He had a bunch of his college friends over on Saturday, March 7. It was nice for them to all be home again and the talk was all about college and their lives. Not one mention of the Corona virus.

The next morning, my younger son, Casey, woke up looking like death. He had been fine the night before. He had a high fever of 102 and his face was swollen. Since it was a Sunday, the pediatrician was closed and the after hours program informed me to go to the ER. I didn’t want to take my sick kid to a place where more sick people were and wait for hours. I made a quick decision to take him to the Minute Clinic at CVS. After about a 20 minute wait, they were able to see him and tested him immediately for the flu. He tested positive for Influenza B and he also had a double ear infection.

While I was at CVS, I decided to buy some more cleaning wipes, so we could sanitize the house in hopes no one else got sick. There was already only one container of wipes left on the shelf. I also bought Gatorade at the nurse’s recommendation. She prescribed him Tamiflu and told him to stay hydrated.

The Tamiflu seemed to work well and he was fever free the following day, but still felt run down and awful. We kept him in his room and only went in to give him food and meds and had a very stringent hand washing regiment afterwards. My hands feel like leather now but no one else got sick. So far. Hand washing works. Not touching my face has not been as successful. I didn’t realize until this outbreak how many times I touch my face. Not to mention it’s allergy season and my eyes itch like crazy!

That brings us to Monday, March 9. I wanted to show Dillon this new Asian grocery store I found where he could hopefully find a bunch of Japanese goodies. I suggested we go on Monday in case I got sick and couldn’t go later in the week. So we went and shopped like normal. Got a bunch of cool snacks for him to take back to school once break was over. They are now sitting, packed in an unmailed box, on my kitchen floor.

Tuesday, March 10, I went into work at the flower shop. I work there part time. Scott, my husband, was home with the kids. His job instituted a policy that if anyone in your family was sick for any reason, that you were to work from home. So he was taking full advantage of being able to work from home.

We weren’t super busy but one lady shook my hand out of habit and then realized what she did and immediately bathed herself in antibacterial. I tried not to be insulted by that. No one that came in looked particularly sick, so it didn’t really bother me too much. I was on a strict hand washing regiment still from Casey being sick, so I just washed my hands after dealing with most customers.

I should mention that all this time, for the past few weeks, people had been buying up toilet paper and bottled water. Not entirely sure why. Like I am still confused. Covid-19 does not make you poop. Why the toilet paper. Not even tissues! There are so many memes on the internet about this. I don’t get it. Maybe one day I will.

I was off from work on Wednesday, March 11 and people were starting to get a little goofy. I said to my husband, I’m not panicking, but I think we should be prepared for people emptying shelves soon. If this gets worse, people are going to lose their minds. I’m going to go get some more essentials. We don’t keep a lot of meat/ pantry items in the house any more because I suck at rotating stock and then things would go bad. So I had been shopping more frequently and only buying fresh. I took Dillon and we bought like two weeks worth of chicken and meat to have on hand along with pasta, sauce and some other staples. We spent about $200 at Aldi. We were the only ones doing that at the time. There was plenty of food and we had a nice, stress free shopping trip. I suggested buying a few things for Dillon in case they extended spring break for his school but he was pretty certain he’d be going back on Sunday. I bought his favorite ice cream anyway.

Later, I went to CVS and bought some Tylenol Cold and Flu. One box for each of us in case we came down with the flu. It was the one thing that really helped Casey. I also bought more Advil, because that cures everything HAHAHA.

I needed coffee creamer, but I said I’d run to Target later for that and then never got a chance to later that evening.

There was no toilet paper or wipes at CVS. I checked just to see how far reaching this shortage had become.

That evening, President Trump held an address on TV and finally said that this was a serious situation and that he was closing our borders to Europe. The number infected was rising. We hadn’t been testing people. There are several theories on why we weren’t but I’m not sure which, if any are true. My personal theory is that we didn’t want to take the foreign test kits, we wanted to make our own in the US and get the money for it. Since they weren’t testing they were talking about everything in “presumptive” terms until they could get results.

The way it was working here the first few weeks was that if you had symptoms but hadn’t had direct contact with anyone that was traveling, you were told to self quarantine at home for 14 days. That is what they think the incubation period is so far. They weren’t testing you. If you had been traveling, and you had symptoms, you were to call the doctor or hospital and they would let you know if you should leave the house to be tested. If you were deemed necessary to be tested, the doctor would have to call the state for a test kit, and then send it to the state once they collected it, who then sent it to the CDC. The process took forever. So now, the officials are guessing we have a lot more infected than we know about. I’d have to agree.

That brings us to Thursday, March 12. The day that people started losing their minds. They were panicking that things were going to be shut down and that we were all going to be locked in our homes so they started shopping like doomsday preppers. People were fighting over water, hand sanitizer and toilet paper. It was like Black Friday shopping on steroids.

Now, keep in mind that this situation elevated almost hourly that day. An NBA player got sick and tested positive and they immediately shut down the remainder of the NBA season. They suspended baseball, then hockey. The news couldn’t keep up with all of the changes.

I was at work and my husband kept texting me all of these updates. It was unnerving and I realized that this was a bigger problem than the president and top officials had led us to believe. Colleges extended spring breaks. Some cancelled all in person classes and told students that the remainder of the semester would be held online only.

We hadn’t heard anything from Dillon’s college yet. They were on break and were probably waiting to make a decision closer to when the students would be returning. Later that afternoon on Thursday, Becker College announced they were going virtual until at least March 27. Dillon wasn’t returning to campus.

In the meantime, while I was at work, I was continuing with my hand washing and again, no one obviously sick came into the store. Until the afternoon. A man came in with a dry hacking cough and you’d be surprised how quickly an open minded not alarmist woman will go into crisis mode. I was plenty polite to him and helped him find some flowers. (It could have been allergies) but when he left, I wiped down every surface and handle he may or may not have touched. Then I washed my hands for a good two minutes. I have to admit, that made me nervous. I was already on germ watch from having a sick kid at home.

The rest of the day went without incident and I went home to catch up on all the happenings of the day.

I’m going to put Friday, March 13th in a different post, because frankly, it deserves it. What a crazy day that turned out to be.