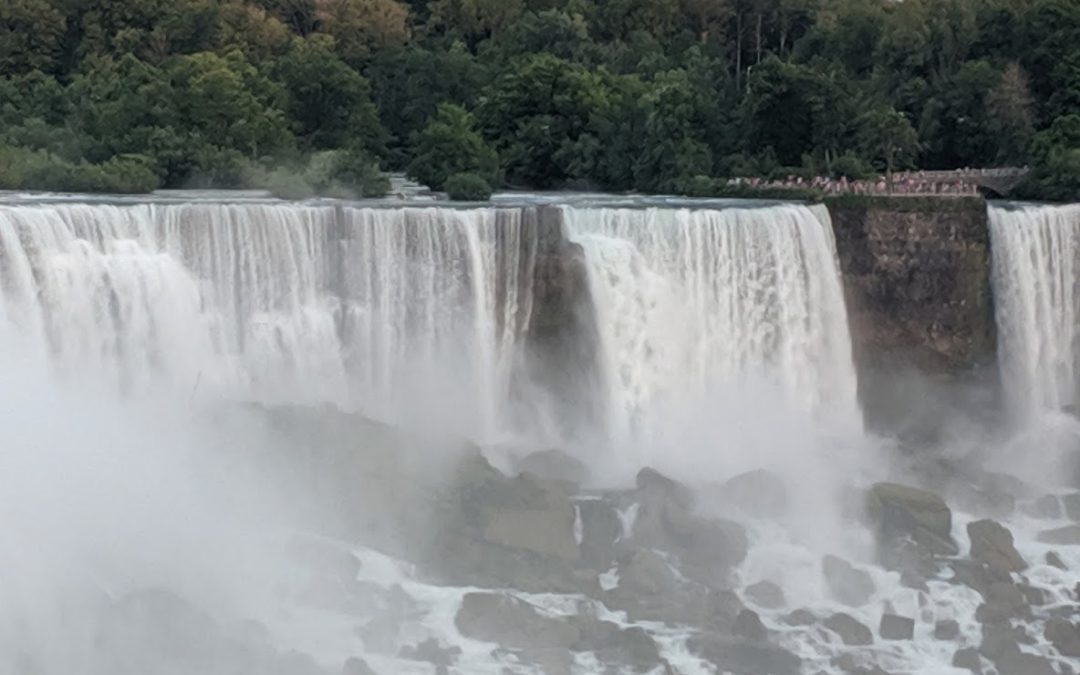 By the time we got to Niagara Falls, we were all tired! We had been walking 10-12 miles a day, stuck in a car between cities for hours on end and we were pretty much sick of seeing each other. The kids actually asked if they could skip Niagara Falls and just drive home. I said no because first of all, I already paid for the hotel and secondly, you have to see the falls at least once in your life. Now, we had seen a bunch of waterfalls on this trip so far, and they were not expecting what they saw when they got down to the falls.

So begrudingly, they checked into the most outdated Marriot we’ve ever stayed in, which was overbooked so they “upgraded” us to a King size room with a pullout couch and a rollaway bed for the boys. This was obviously the honeymoon suite as it had a giant whirpool tub in the room. It was tacky to the max.

We went to grab dinner before we had to check in for our Hornblower cruise around the falls during the fireworks show. It was July 4 and they were doing a big fireworks show. Now, I know a lot of people love Niagara Falls, and that’s fine. A lot of people love the Jersey Shore too but neither of them are things my family enjoys. We are not fond of touristy things and crowds. So when we had to walk through the section of Niagara Falls called Clifton Hill, they were immediately smacked in the face with over the top touristy things. They almost wanted to turn around.

The whole walk down to the falls Casey is complaining. This stupid waterfall better be worth it, blah, blah… They can’t see it yet as there are too many people. We cross the street and the falls finally come into view and Casey is stunned speechless. I said, it’s not a world wonder for no reason. He admitted later that he was glad he got to see it.

At night, the falls are all lit up in different colors. and the night cruise is not the intense mist experience that you get in the day time, thank goodness. The fireworks cruise was packed but we soemhow got a front row view on the top deck, just by luck. The boat did its usual drive by both falls first and then it turned around and got in position for the fireworks. We sat in the water near the lit up falls watching the fireworks. It was a once in a liftetime show for sure. The fireworks themselves were not as spectacular as Ottawa, but the location couldn’t be beat.

On the way back to the hotel, we found another Sweet Jesus ice cream and I found a moose. Not the kind I was looking for the whole trip, but a moose nonetheless. 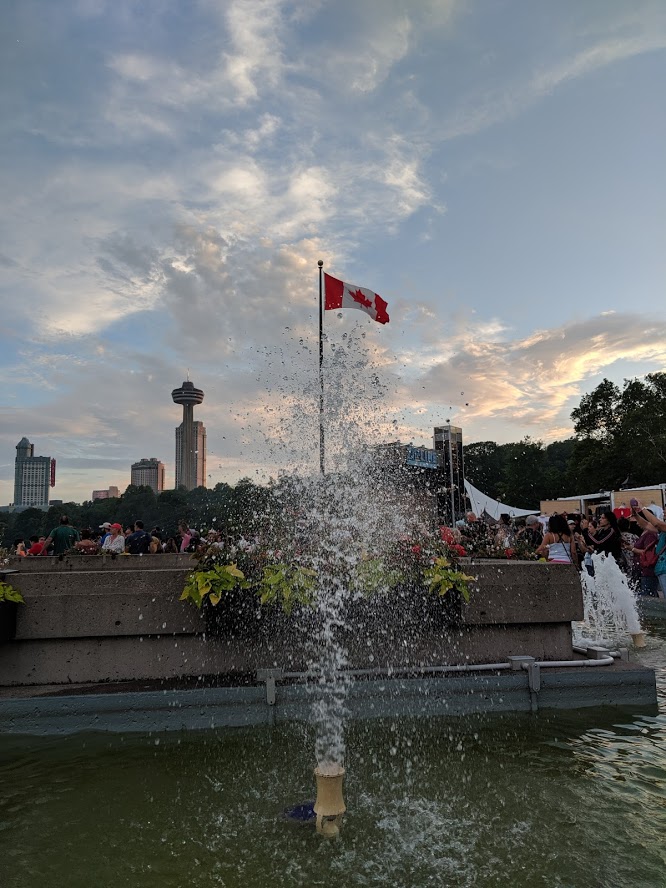 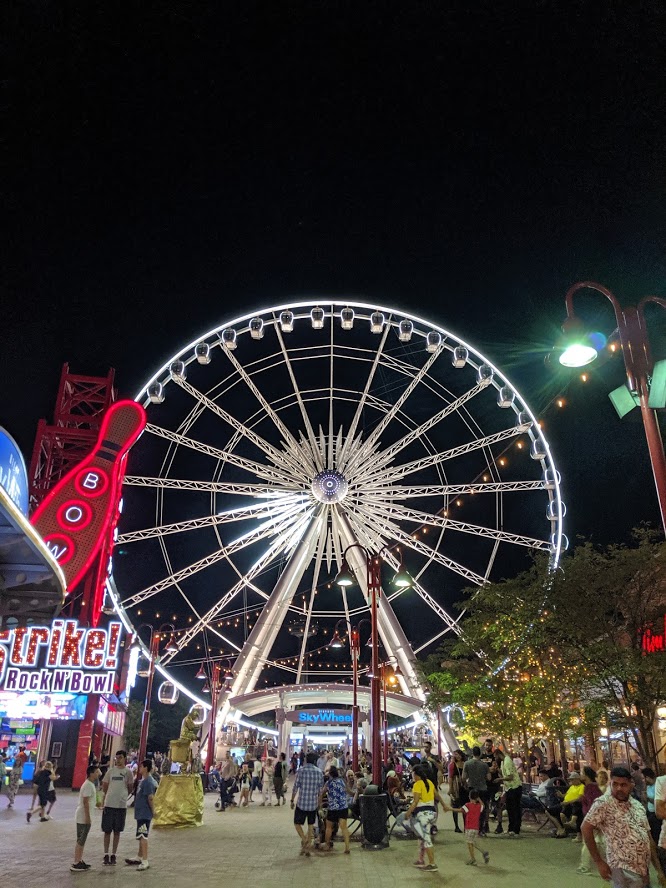 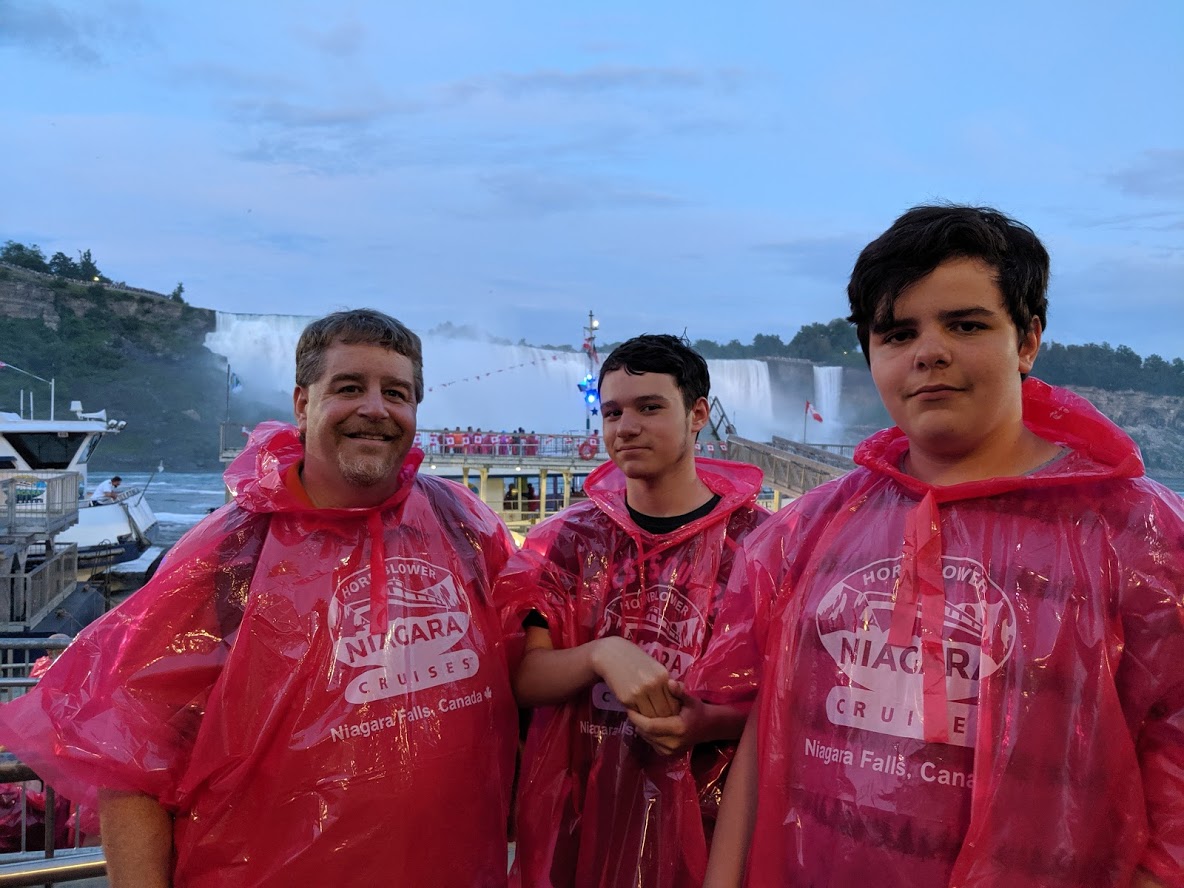 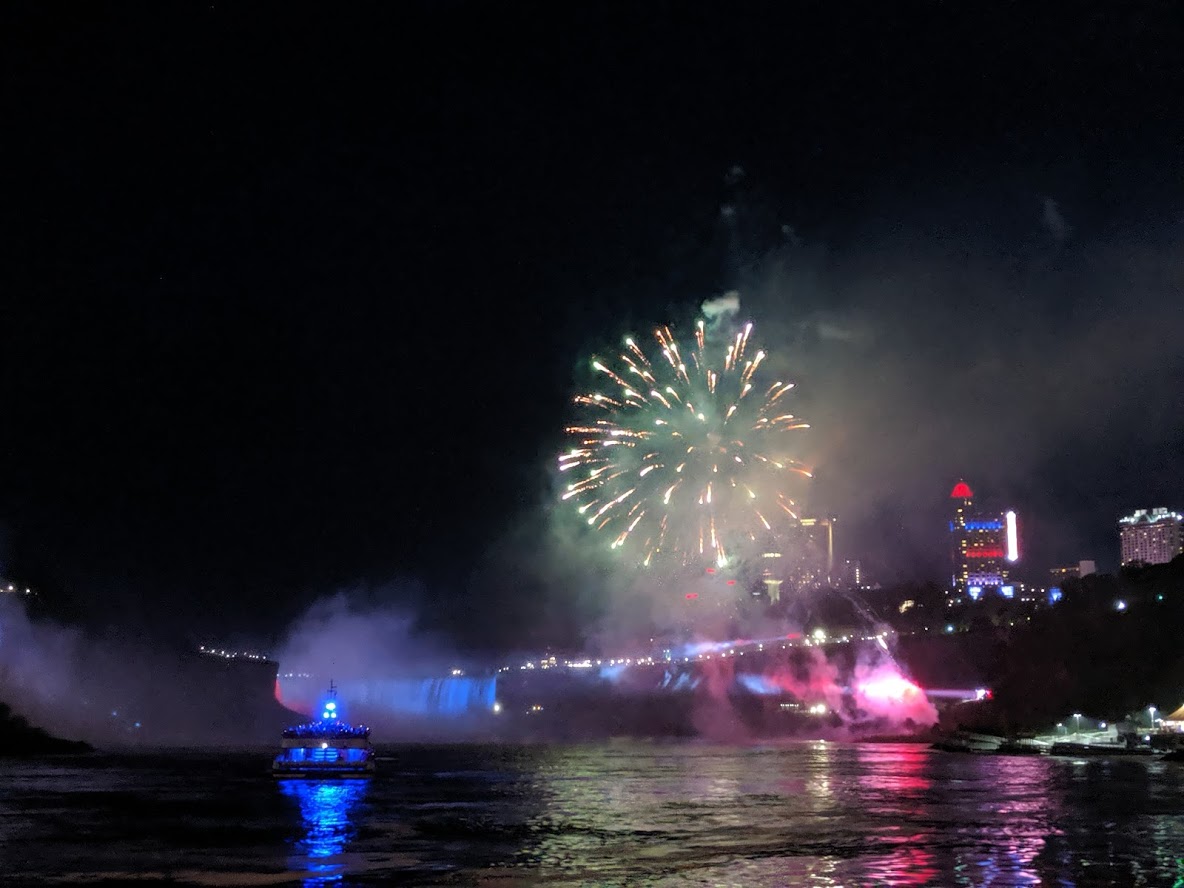 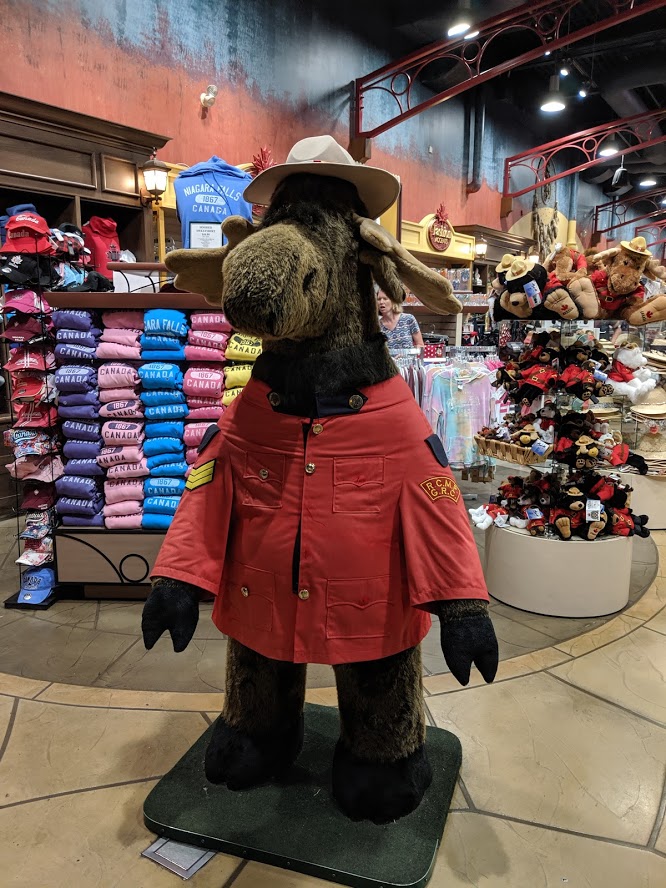 The ONLY Moose I saw in Canada