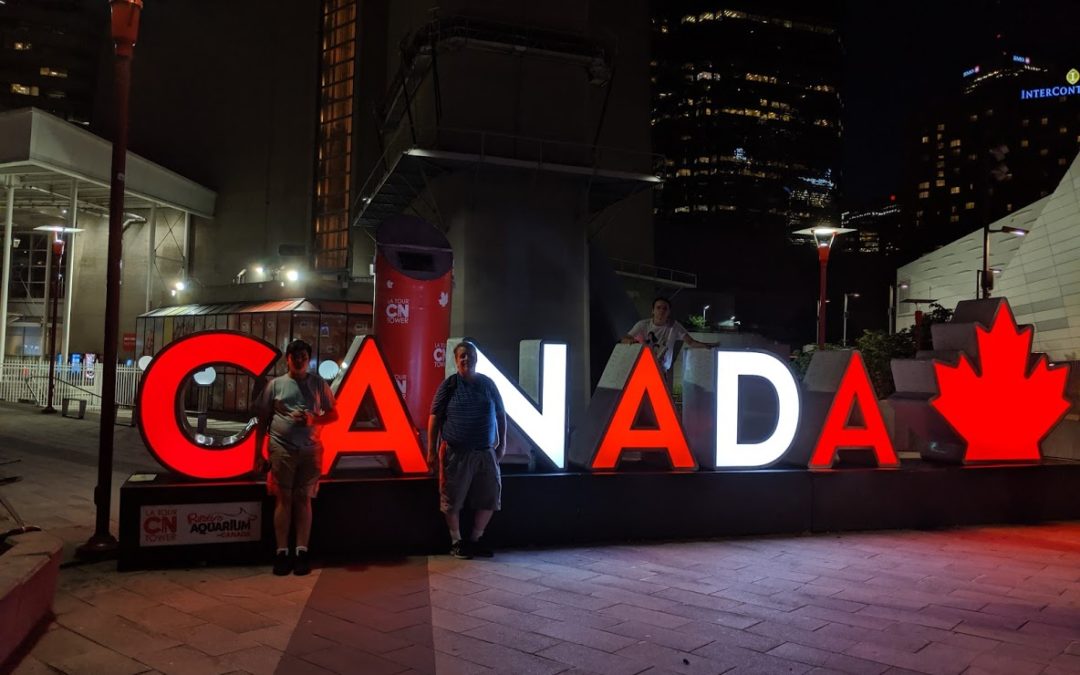 Toronto, ON is something to visit right after the Raptors won the NBA title. The city is still buzzing from the win and the days we were there were during “Kawai” watch, which I found out was a watch to see if their star player was going to return to the team or sign somewhere else. Pretty much everyone was talking about basketball wherever we went.

It’s like any major city in the US to me. Tall buildings, several forms of mass transit and a major landmark that makes it unique. In this case, the CN tower. We stayed in an Air BnB apartment right near the CN Tower and overlooking the Rodgers Center. It was a nice view from our 7th floor balcony. I didn’t think I was going to like Toronto, but it’s a cool city.

The difference between this and the other cities we visited was that it was all spread out. You had to either learn the transit system or take an Uber. It was actually cheaper for the 4 of us to take an Uber. The other thing I noticed about Toronto is  that in a city that’s cold most of the year, they have a lot of ice cream shops, and unique ones too. Our mission while we were there was to visit at least a few of them.

The first day we got there around dinner time and took an uber to the outskirts of town for dinner at Rorshach Brewing. This would definitely be a cool place to hang out with friends for a while. They had lots of board games to play and great food. We then took another Uber to an ice cream place called Sweet Jesus. They had unique cones. The one Casey got looked like Krusty the Klown from the Simpsons. 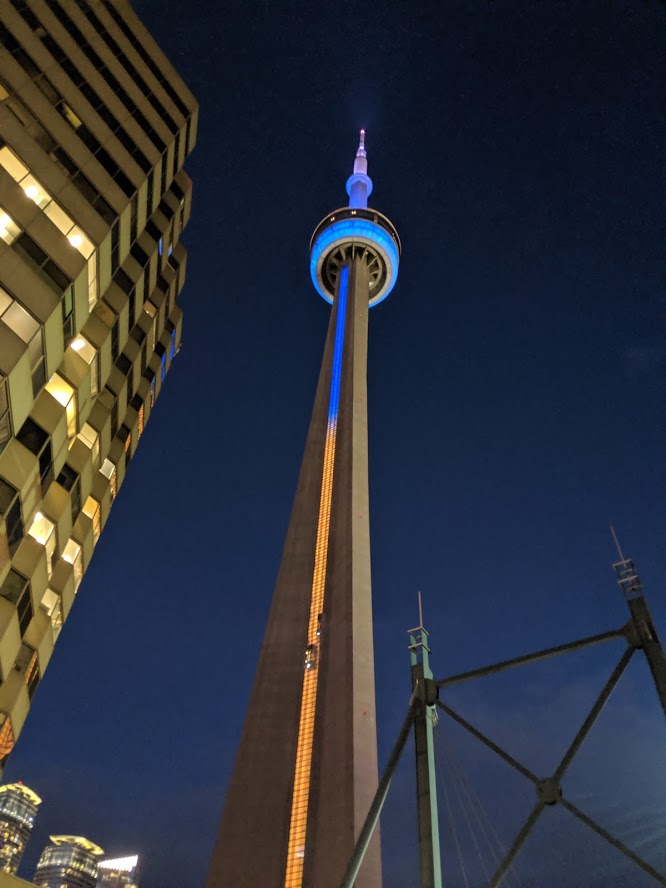 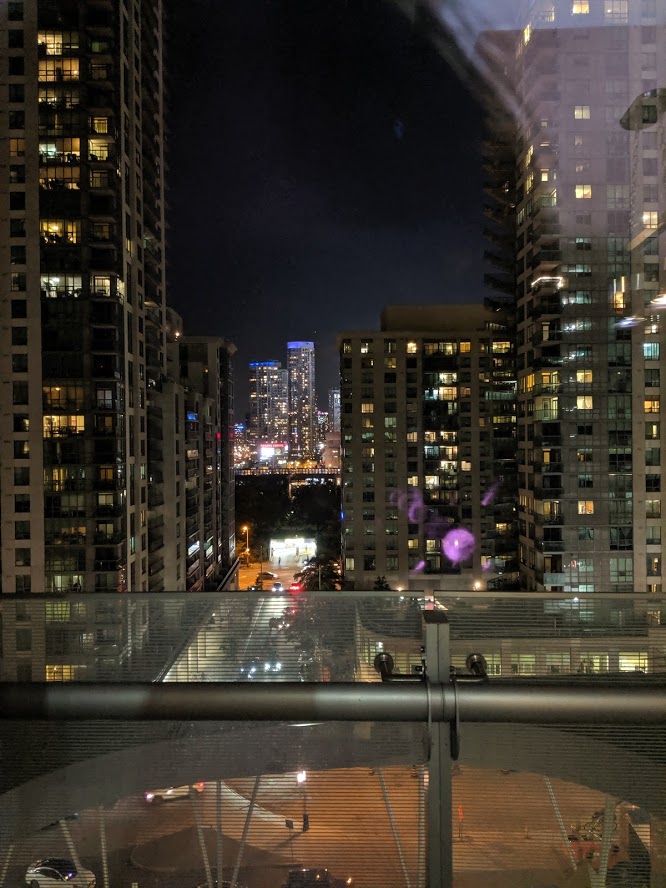 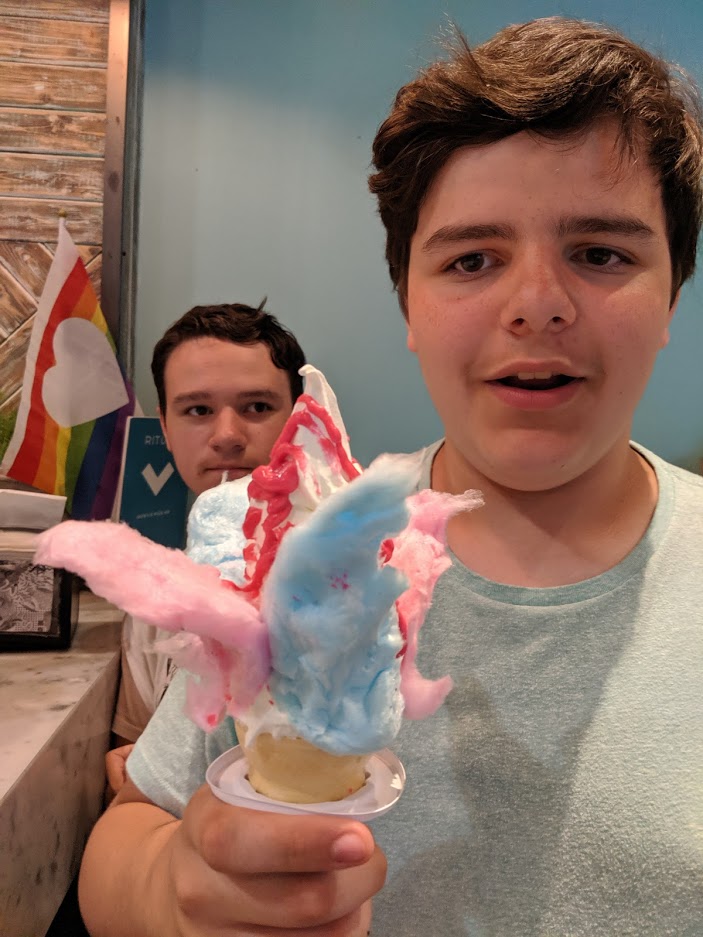 The next morning we went down to the Distillery District for some breakfast. There are tons of coffee shops and bakeries there, so we got some food and sat outside and enjoyed the nice weather. The cinnamon rolls the boys got were the size of their heads!

After breakfast, we walked around and explored the rest of the district. There’s lots of neat art and I love the old brick buildings. 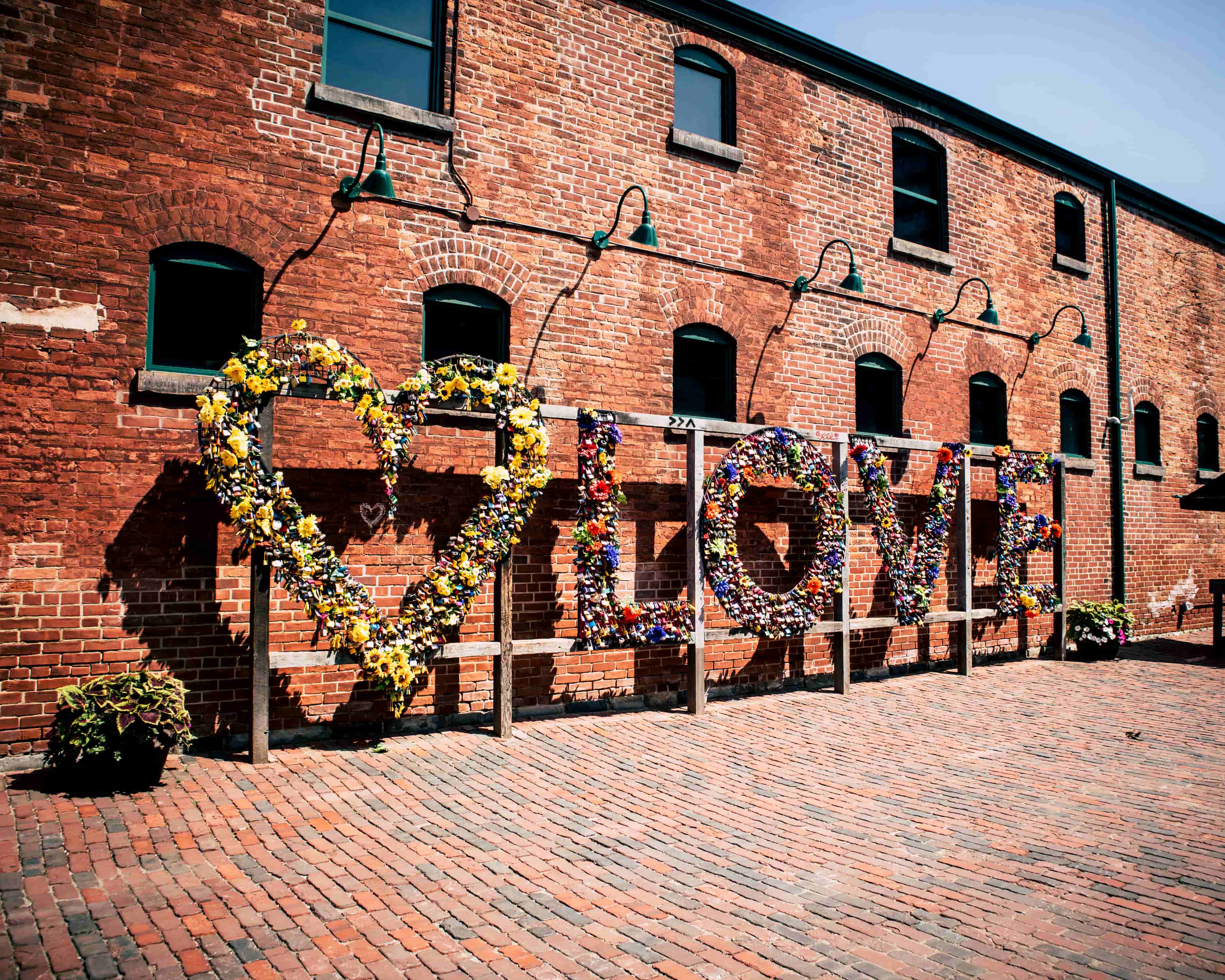 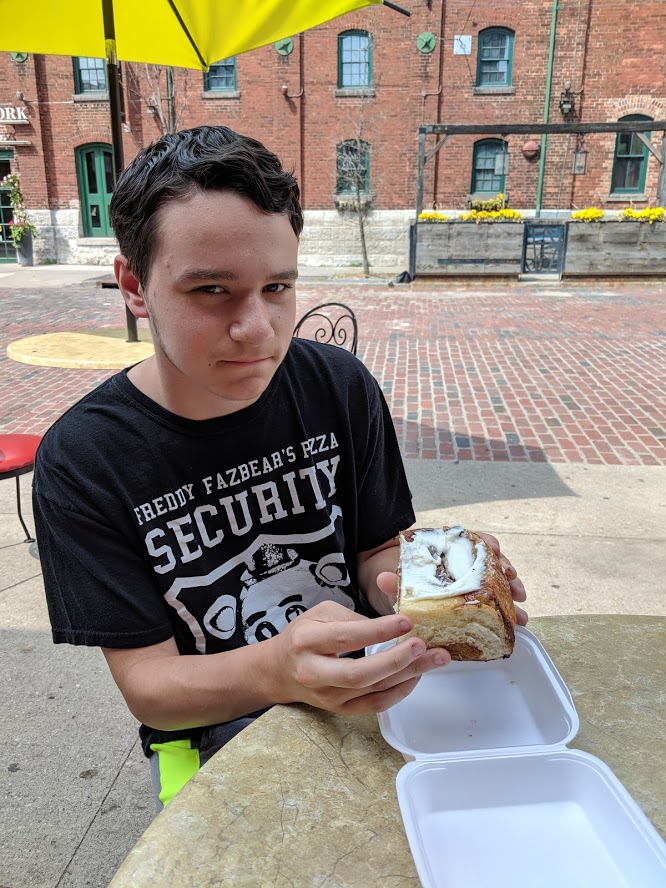 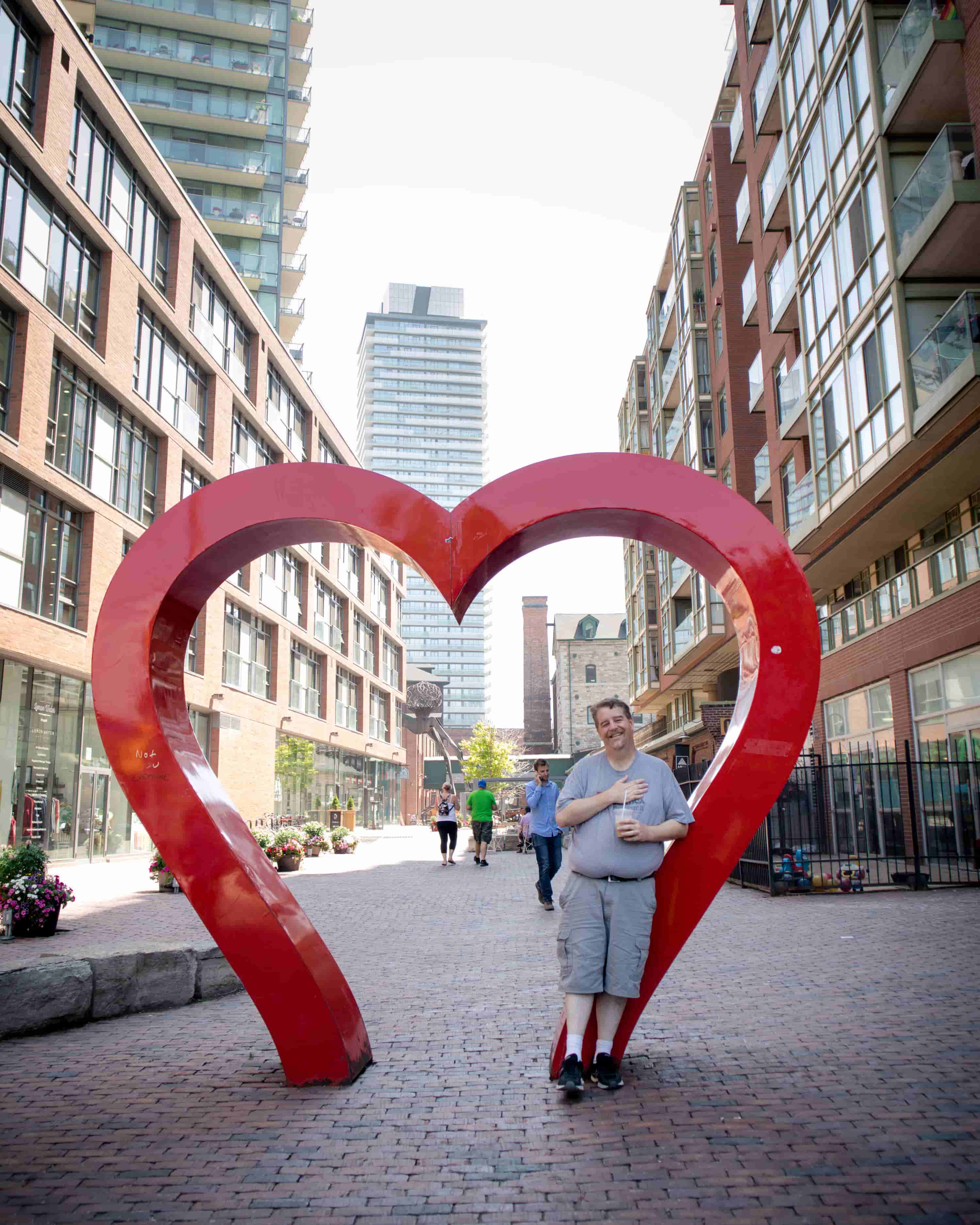 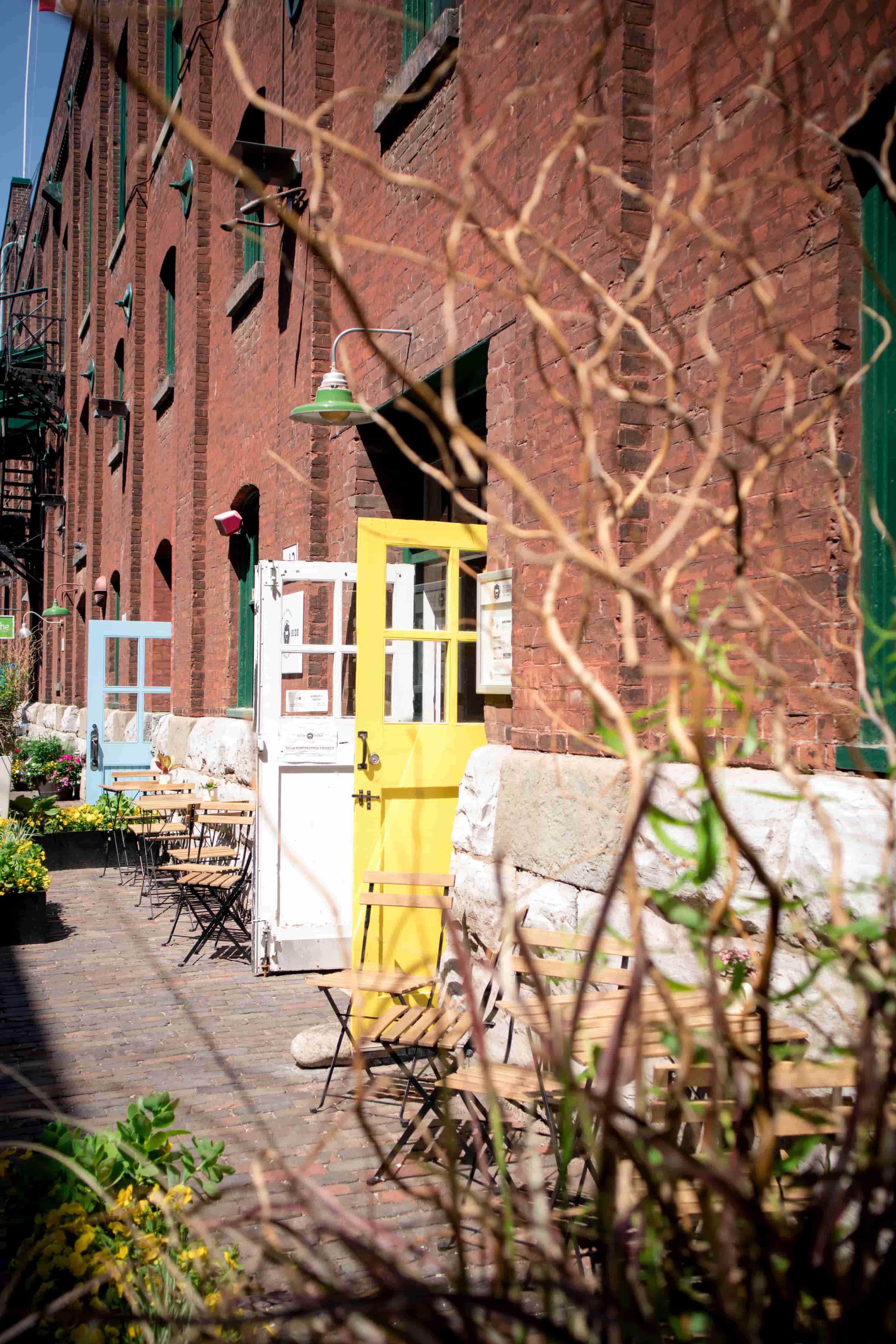 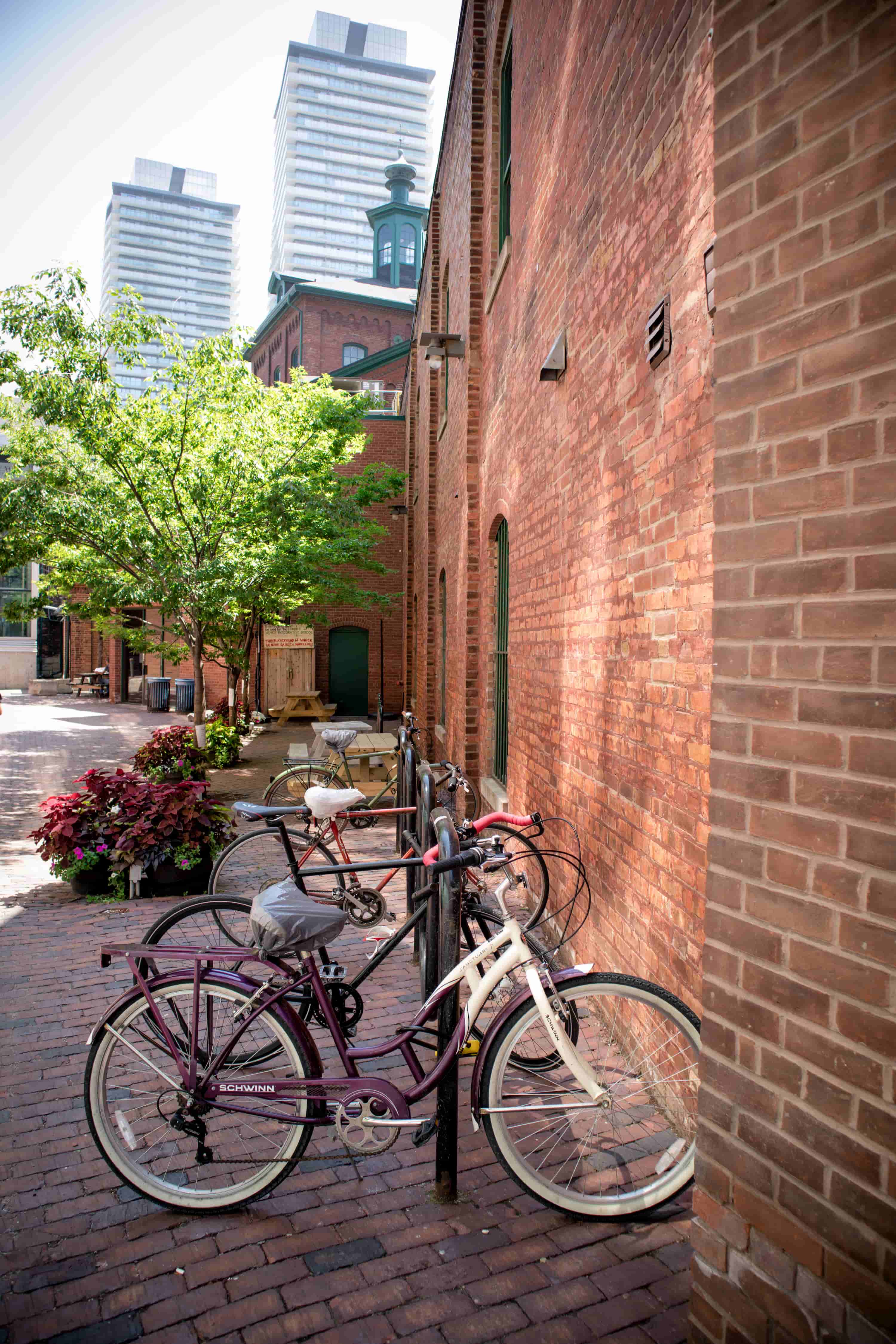 For lunch, we visited the Kensington Market, which was not at all like Ottawa’s Byward Market. It was more like a flea market but with separate stores. For a country where weed is now legal, I expected it to be in your face the whole time. We saw one place in Toronto that was sort of in your face but it turns out it wasn’t even selling weed, just accessories. So we never actually saw a dispensary. Interesting. We did smell it a bunch of times though in different cities. 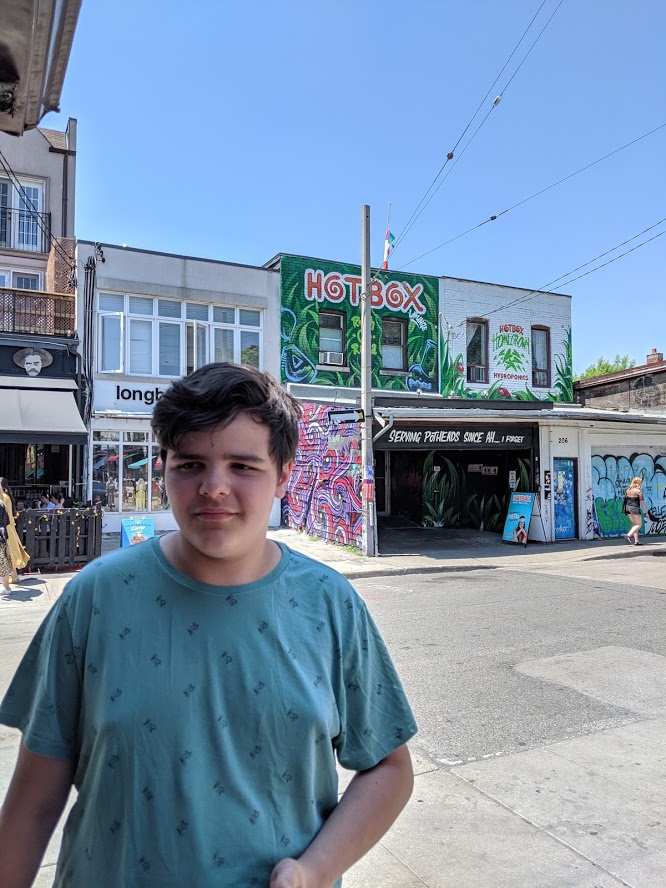 The highlight of our time in Toronto though was the Escape Room in the tower of Casa Loma. In case you don’t recognize the name, it’s the castle where a lot of movies were filmed, namely, the X-Men. We escaped the X-Men mansion! It was no ordinary escape room either. It took about an hour and a half and you were guided by actors in costume. They helped play out the scenario and made it mosre intense at times, rushing you or helping you along. That was the coolest escape room we ever did. Afterwards, we snuck downstairs into the mansion and found the famous hallway from the X-men movies. 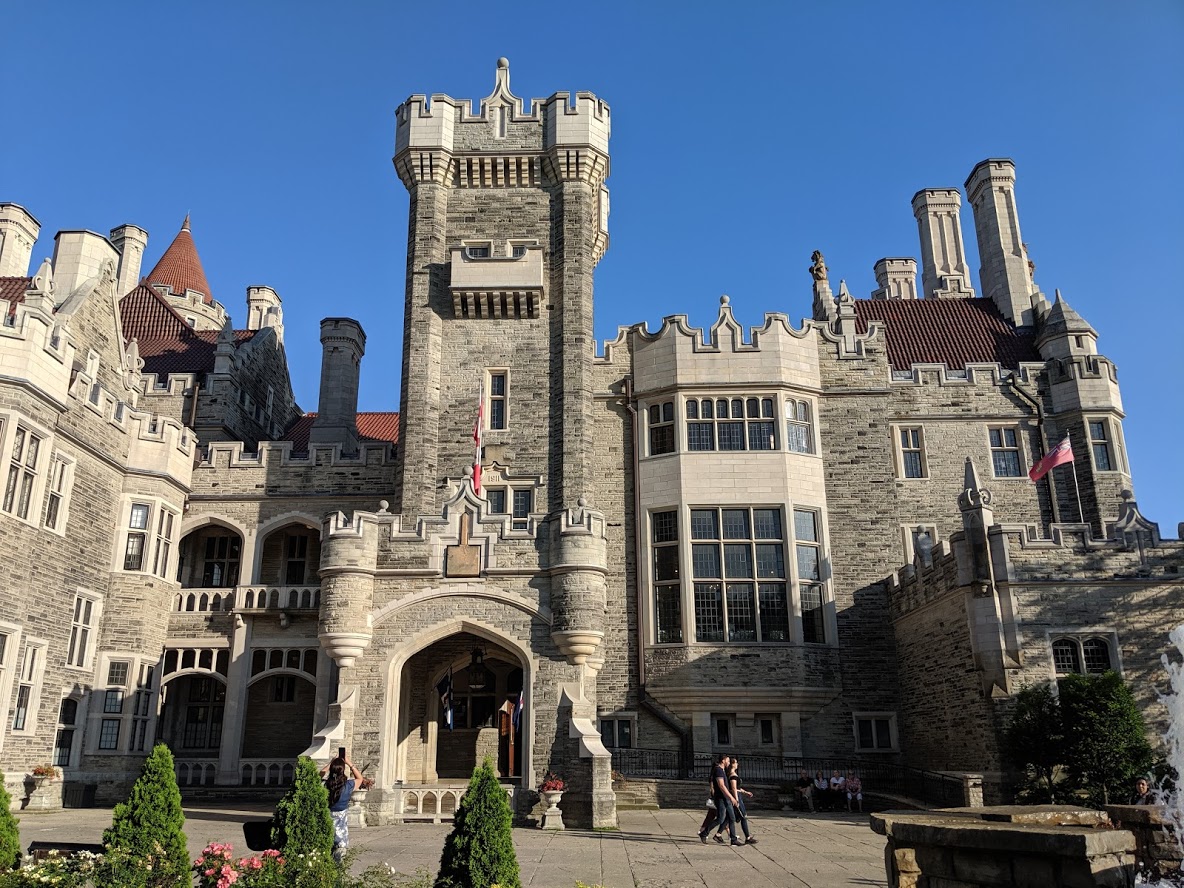 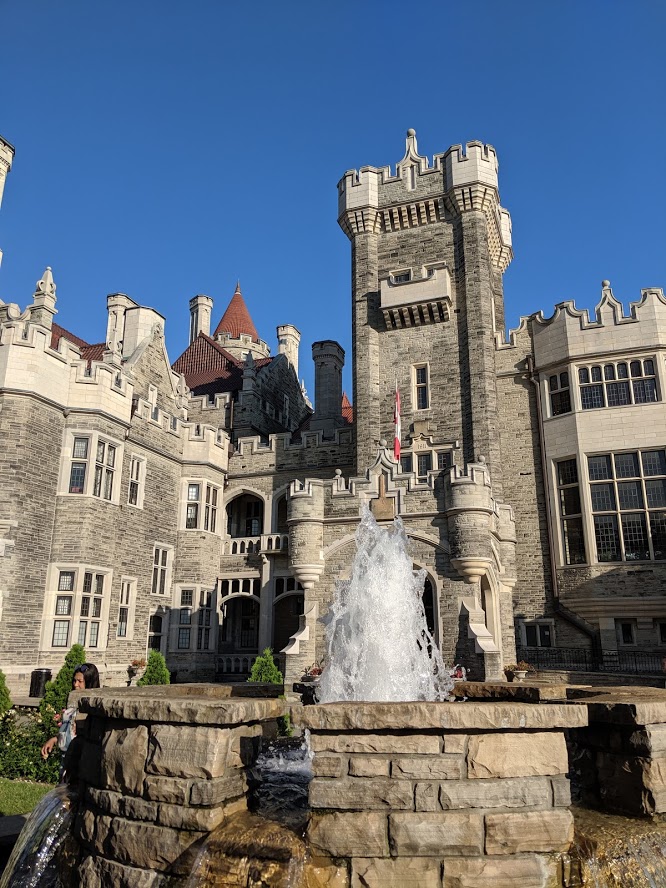 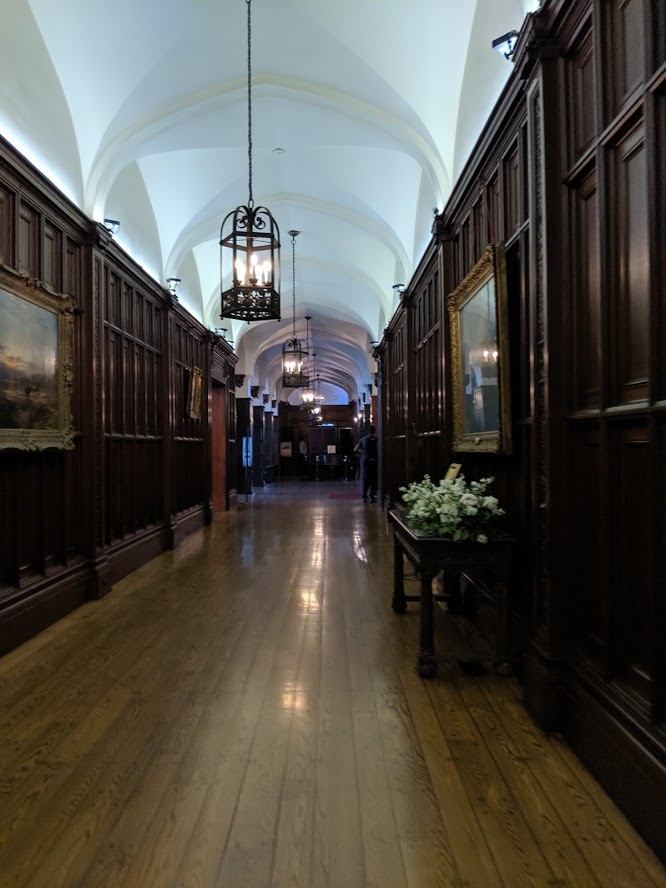 For dessert, we went to Booyah, another ice cream place that serves ice cream tacos, ice cream cookie sandwiches and ice cream in sweet pastry. We had to try all three types. It was delicious! 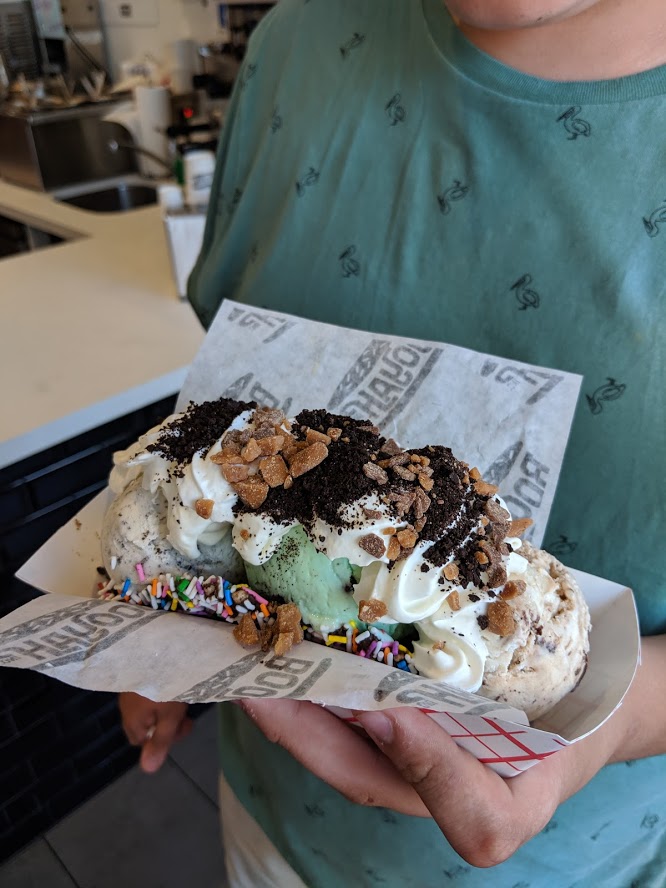 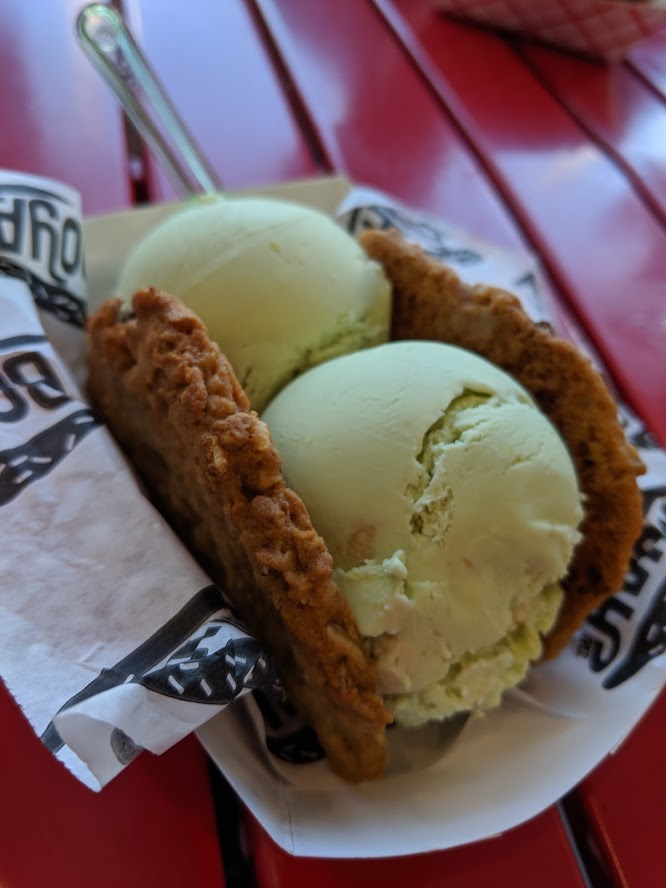 On To Niagara Falls